Montage attorney and criminal law expert, Tracy Miller, co-authored an article with Rosanne Faul titled “10 DUI Myths – Not An April Fool.”  The article, which was published in the April Issue of the Riverside Lawyer Magazine, provides details on ten myths about DUIs to avoid.  Read highlights from the article below, or check out the full article (starting on page 22 of the Riverside Lawyer) to find out why these are myths.

By Tracy Miller and Rosanne Faul

Conversations with friends over drinks or at dinner parties often lead to questions for the lawyers at the table, such as, ”Isn’t it better if I refuse to give a blood or breath sample so the police don’t have evidence against me to charge me with DUI?” or “I’ve heard that I must receive notice of DUI checkpoints before they take place, is that true?”

Questions such as these seem straightforward, and one would presume common-sense answers. However, it is important to understand the intricate “language” that surrounds driving under the influence (DUI) issues and laws. Since DUI involves scientific evidence, the law supporting strategies and defenses to a DUI case is not as straightforward as one may assume.

Many different answers may be correct in a given situation, depending on the circumstances, strategies and legal defenses a particular attorney may use for a given fact pattern; however, some myths to avoid are the following:

1. I feel fine, so I must be okay to drive. Unfortunately, the first thing affected when drinking alcohol is judgment (physical issues such as walking and talking occur much later). Thus, it is not wise for one to rely on “feelings” before deciding whether or not one is legally able to drive.

2. The DMV chart says I can have one drink per hour and then I can drive. The term “drink” is misleading. The definition of “drink” by Department of Motor Vehicles (DMV) standards is a twelve-ounce beer, a four-ounce glass of wine, or a mixed drink containing one ounce of alcohol. Unless one is carefully measuring the amount of alcohol and the timing of these drinks, one should not attempt to guess as to compliance with the DMV chart. Also, the police may make a DUI arrest when a person is below a blood alcohol level of .08%, but “impaired” (a subjective standard).

3. If I don’t take a test, they won’t have any evidence to use against me. Although sometimes this may be true, the “refusal” legislation works against a person who refuses to take a blood or breath test in two ways: (1) The refusal to take a test may be used by the prosecution in court to show a conscience of guilt; and (2) the DMV will suspend the person’s driver’s license for one year on a first offense and longer for a repeat offender (without the ability to apply for a work permit), unless a legal defense exists. In addition, the police may take a forced blood draw. Regardless of the blood alcohol level, the DMV may still suspend one’s driver’s license for one year or longer.

5. Telling the police “I drank an hour or two ago” is better than saying “I just finished my last drink.” In a borderline case, it is much better to be honest, as that honesty may put you under a .08% blood alcohol level at the time of actual driving (the law). The science of alcohol absorption means that the alcohol that was just ingested may still have been in the stomach and intestines, instead of the bloodstream, when the driving occurred. When a test is eventually administered (30 to 40 minutes after the driving), the alcohol at that point would be in the bloodstream, giving a higher reading than at the time of actual driving. In a close case (e.g., .08% to .10% blood alcohol levels), if the person tells the police they just finished their drink, the probability of being under a .08% blood alcohol level at the time of driving is greater. It is illegal to drive with a .08% or higher blood alcohol level.

6. If my car came with dark tint or without a front license plate, the police cannot stop me and cannot investigate me for DUI. Unfortunately, even if a vehicle is purchased with front side window tint or without a front plate, the police may stop the vehicle for a “fix-it ticket.” During this innocuous type of stop, if the police detect the odor of an alcoholic beverage, a DUI investigation will likely ensue. These types of “fix-it tickets” are not commonly enforced at 10 a.m., but at 10 p.m., the chance of a police stop with a potential DUI investigation dramatically increases.

7. The police must give me Miranda warnings if they arrest me, and then I can ask for an attorney before choosing whether to take a blood or a breath test. Since everyone who has a California driver’s license has agreed to give a breath or a blood sample as a condition of obtaining that license, the courts have found that advising a person of Miranda rights is not appropriate in DUI cases. A Miranda warning would give the person the option of remaining silent or asking for an attorney, neither of which is allowed prior to the administration of an alcohol test.

8. Since my doctor prescribed these medications to me, my ability to drive must not be impaired and I am not subject to arrest. Although the prosecution must be able to prove impairment, the finding of impairment is usually done by a police officer. This officer most likely does not have any medical training as to the prescription or any knowledge of the person’s medical history. Commonly, once the police find that the person is taking medication, the person is arrested for DUI. When an individual has a marijuana prescription, the person may obviously possess and use certain amounts of marijuana; however, this does not allow the person to ingest marijuana to the point where the person is impaired for driving purposes. In these types of cases, no quantitative level is used for impairment, such as the .08% in an alcohol case. Rather, the prosecution uses the subjective observations of the police officer in determining the filing of charges.

10. A DUI conviction “drops off” my record after seven years. The seven-year rule regarding prior DUI convictions was amended in 2008, and it is expected that the legislature will continue to extend the priorability time table. If a person receives a DUI in the future, he or she will be subject to the current state of the law at that time. Accordingly, the seven-year “drop off” myth is untrue in two aspects. First, under the current law, a DUI conviction is considered as a prior if a second DUI arrest is incurred within 10 years of the prior arrest. Second, a DUI conviction may be expunged or dismissed, on motion, by the court of conviction, so long as the defendant has completed all terms of probation and incurred no new offenses. With a specialized motion, a DUI conviction may be expunged/dismissed even before one’s probation ends. However, this motion does not result in dismissal of the case for priorability purposes.

Thinking about strategies pertaining to drinking and driving before, during and after an arrest is important. There exist no definite answers to most questions, nor a specific blueprint as to how one should or should not act during the course of the DUI process, as every case and every absorption rate is different. However, obtaining education about the process and learning the “language” of DUI by consulting with a skilled DUI attorney may significantly mitigate one’s exposure and provide success in many cases.

It is wise to address a DUI matter as one would prepare for a trip to a foreign country – learn and understand the language. Otherwise, walking into a courtroom or the DMV without understanding the legal process of DUI is akin to entering a foreign country without understanding its language or culture, therefore making travel throughout that country difficult. Don’t be fooled in April or any other month when it comes to DUIs. 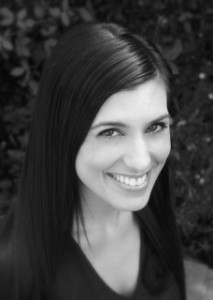 Tracy Miller has more than 15 years of experience working with family law and criminal defense matters in California, first as a legal assistant and law clerk, and then as a Deputy District Attorney. As a prosecutor, she handled over 100 preliminary hearings and motions, and conducted misdemeanor and jury trials in Riverside County. In 2004, she opened her own firm, The Law Offices of Tracy Miller, to provide her clients more individual attention.  Tracy affiliated with Montage Legal Group in 2011.

Rosanne Faul ([email protected]) owns her own law firm and has been practicing exclusively in the criminal defense field for over 16 years.