Athena Roussos, a freelance lawyer in Montage’s network, published an article in the September issue of the Riverside Lawyer Magazine entitled “An Overview of Civil Causes of Action for Elder Abuse in California.” The article, which is on page 16 of the issue, provides a general summary of civil causes of action for elder abuse, including the types of elder abuse (physical, neglect, and financial), the elements that must be proven, and the relief available.  The article discusses how civil actions for elder abuse appear to be on the rise as the aging population in California is growing, and provides an excellent overview of elder abuse in California.

To read the full article, please visit page 16 of the Riverside Lawyer: An Overview of Civil Causes of Action for Elder Abuse in California. 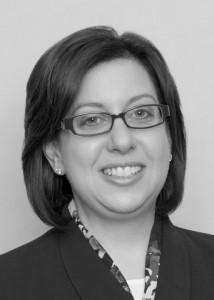 Athena has been certified as a specialist in appellate law by the State Bar of California Board of Legal Specialization, and has over 15 published opinions.  In addition to her legal practice, Athena was a Commissioner of the California State Bar Appellate Law Advisory Commission from 2010-2013.  She is an Adjunct Professor at McGeorge School of Law, a certified mediator with the Court of Appeal for the Third Appellate District.  She has also been a Board Member of the Women Lawyers of Sacramento, and an Officer of the Appellate Law Section of the Sacramento County Bar Association.