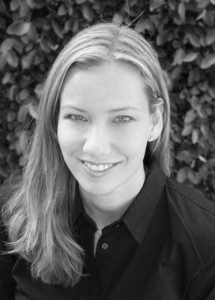 Bridget Hirsch received a Bachelor of Science degree in marketing, from Syracuse University in 1995. She graduated in 2002 with a law degree from Benjamin N. Cardozo School of Law, where she was Symposia Editor of the Cardozo Arts and Entertainment Law Journal, and a Dean’s Scholarship recipient. While in law school, Bridget also participated in the Innocence Project Seminar, drafting briefs seeking to reopen and reverse wrongful convictions based on new DNA technology, and the Courtroom Advocates Project where she provided legal assistance to battered women seeking protective orders.

In Winter of 2008, Bridget left the chill of New York for sunny Los Angeles, accepting a senior associate position with Reed Smith LLP.  During her tenure at Reed Smith, Bridget managed a wide range of litigation cases involving commercial contracts, breach of contract claims, entertainment law and insurance law.  Over the past decade, Bridget has handled and often supervised all aspects of complex civil litigation, including: discovery; dispositive motion practice; oral argument; mediation and arbitration; and trial preparation.  She has also managed as many as 125 internal and temporary attorneys conducting large-scale electronic and paper document reviews.

Bridget is the co-author of “Defending Mass Tort Claims: Get What You Paid For,” published by riskVue (February 2005) and in AKO Pharmaceutical Alert (Winter 2004). She also wrote “Put Your Money Where Your Mouth Is: Insurance Coverage Issues Arising from Food Contamination” published in Coverage (July/August 2009).  Bridget also appeared in two documentaries, which chronicled her work with the Innocence Project: “Marvin Anderson’s Nightmare” and “Confessions of an Innocent Man.”

Bridget joined Montage Legal Group in 2012, and is located in Los Angeles, CA.  She is admitted to practice law in New York and California.  She has litigated in both federal and state courts on both coasts, as well as several jurisdictions in between.