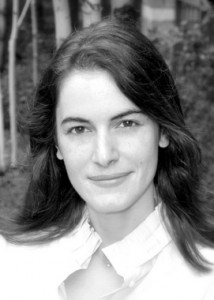 Ceyda graduated from Bucknell University in 2005 with a BS in Electrical Engineering and a BA in Economics, with a full academic scholarship for her entire course of study. She obtained her JD from Suffolk University in 2010.

Ceyda started her IP practice at Finnegan, Henderson, Farabow, Garrett and Dunner, LLP, one of the world’s largest Intellectual Property law firms, where she focused primarily on patent prosecution and litigation.  She worked for Finnegan in Boston for almost three years before moving to New York and joining Chadbourne & Parke.

Ceyda has worked with many startups, entrepreneurs and venture capital firms, helping with strategic protection of intellectual property including patents, copyrights, trademarks and trade secrets.  She has drafted and prosecuted numerous patent applications for large corporations such as Philips, Sony, Verizon, SAP, Iron Mountain, Visa and Goldman Sachs.  She also has extensive experience in patent litigation matters related to wireless telecommunication and semiconductor technologies.  Prior to her career in Intellectual Property law, Ceyda worked at Osram Sylvania (Siemens Holding) in R&D as an electrical engineer.

Ceyda joined Montage Legal Group in December 2011 as a freelance patent lawyer, and handles patent and intellectual property matters for law firms.  Ceyda is also currently in-house counsel for Hewlett Packard in New York.  Ceyda is licensed before the USPTO, the New York State Bar, and is in the process of being licensed in Washington, D.C.