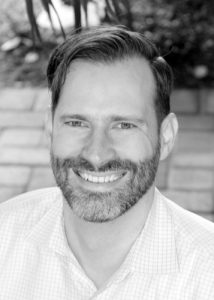 Chris joined Kasowitz Benson Torres & Friedman LLP in 2008 as an associate in the litigation department. While at Kasowitz, Chris represented both plaintiffs and defendants at the trial and appellate level in both state and federal actions. Chris’s caseload varied widely, from complex commercial matters to white-collar defense in a federal investigation, from multidistrict civil cases to bankruptcy actions, from cases against large domestic banks to pro-bono representation of individuals in partnership with the Legal Aid Society.

Chris has gained extensive research and writing experience, drafting complaints and answers, numerous discovery motions, motions to dismiss and for summary judgment, and legal memoranda on a wide range of topics, in addition to other legal petitions and correspondence. Chris has also coordinated discovery in several multi-party actions, managing document coding and database structure, leading teams of attorneys in document reviews on matters with over a million documents, and running review and deposition preparation in federal multidistrict litigation on an expedited discovery schedule. Chris’s discovery experience also spanned national borders, as Chris has traveled to Norway, Dubai, Singapore, and England for forensic recovery, and has lived abroad for months in Oslo, Norway in preparation for bilingual defensive depositions of municipal corporate officers.

Chris joined Montage Legal Group in 2016 as a freelance attorney and is admitted to the bar in New York, as well as the U.S. District Courts for the Southern and Eastern Districts of New York.