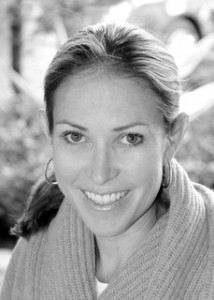 Heather C. earned her Bachelor of Arts in Economics from Stanford University in 2001, and her Juris Doctor from Pepperdine University School of Law in 2007. While in law school, Heather served as the literary editor for Pepperdine’s Journal of Business, Entrepreneurship, and the Law, and also completed a summer externship for the Honorable John T. Noonan of the Ninth Circuit Court of Appeals.

In 2011, Heather rejoined her former Howrey colleagues in the Irvine office of Morgan, Lewis & Bockius LLP. During her tenure at all three firms, Heather focused her practice on complex business litigation, with a particular emphasis on professional liability disputes. Heather has experience in all stages of litigation from inception to trial and has represented both individuals and entities in both federal and state court proceedings. In 2013, Heather was named a Southern California Rising Star by Super Lawyers Magazine.

Heather is currently a member of the OCBA Professionalism and Ethics Committee and has published a number of articles on the topic of legal ethics. Her publications include: “Conflicts of Interest in Business Transactions with Clients” (OC Lawyer, 2011); “Counsel’s Ethical Violation Bars Fee Recovery” (OC Lawyer, 2012); and, “The Unassuming Plaintiff – The Non-Client” (OC Lawyer, 2013).

Heather joined the Montage Legal Group in 2013. When not practicing law, Heather enjoys spending time with her husband and son – oftentimes, on the water.