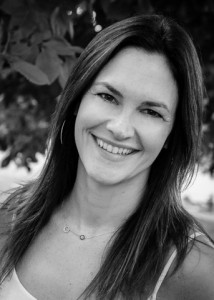 Helene graduated from George Washington University in 1991. She attended Brooklyn Law School, where she was the Articles Editor of the Brooklyn Law Review, an Iota Theta Law Fraternity Scholar, and received the Corpus Juris Secundum Award for Scholastic Excellence and the CALI Excellence for the Future Award in both Civil Procedure and Property.  Helene graduated with a Juris Doctor in 1998.

After law school, Helene joined Sullivan & Cromwell LLP, where she represented clients in a variety of civil and criminal matters, including in the areas of antitrust, securities, banking and employment.

Upon completion of her clerkship, Helene joined the New York office of Heller Ehrman LLP as a litigation associate.  Helene managed all aspects of litigations including initial conferences, discovery requests and responses, e-discovery, depositions, privilege logs, expert discovery, dispositive and discovery motions, court conferences and hearings, and pre-trial orders.  Helene represented clients in civil and criminal matters, including tort, antitrust, and trademark infringement claims, and the representation of insurance policyholders regarding various types of claims, including claims related to September 11, 2001 and Hurricane Katrina.

Helene then was of counsel to the law firm of Boundas, Skarzynski, Walsh & Black LLC, where she represented issuers and underwriters of all types of business and professional liability insurance.  Helene drafted coverage opinions, reservations of rights and denial letters, pursued subrogation actions, attended settlement conferences and court conferences, argued motions, and participated in mediations.

Helene joined Montage Legal Group in 2012 and is based in New York.