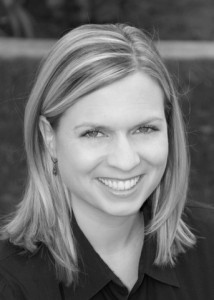 Kathryn A. received a Bachelor of Arts in Economics from the University of California, Berkeley with a minor in Business Administration.  She received her Juris Doctor from Northwestern University in 2005.

After law school, Kathryn joined Rutan & Tucker LLP’s Trial Department and Financial Group, where she focused her practice on commercial disputes.  Kathryn has experience in commercial business litigation, unlawful detainer, collection and bankruptcy matters, including representation of secured lenders, landlords and other creditors in bankruptcy cases, adversary proceedings, and collection matters. Specifically, Kathryn has represented parties in title disputes and in civil proceedings against borrowers and guarantors, including actions for breach of guaranty, judicial foreclosure, appointment of receiver and in writ of attachment proceedings.  She has also represented creditors in bankruptcy proceedings, including preference actions.  Kathryn has also represented landlords and property owners in unlawful detainer proceedings, including a five-day bench trial with victorious outcome.

Kathryn has experience in all phases of commercial disputes and litigation including pleadings, discovery and discovery motions, depositions, dispositive motions, pre-trial, trial, and post-trial motions.