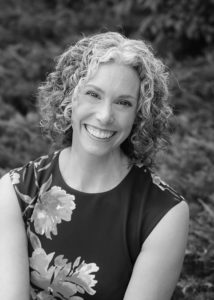 Rachel M. brings her experience as an appellate specialist to every litigation project. In her almost two decades practicing law, Rachel has authored more than 100 appellate briefs in the U.S. Supreme Court, U.S. Courts of Appeals, and state appellate courts, as well as scores of briefs in federal and state trial courts and administrative agencies around the country.

Rachel began her legal practice at Paul, Weiss, Rifkind, Wharton & Garrison LLP in New York. She was first a litigation associate, where she represented clients in a major federal securities action, and then moved to the entertainment department, where she negotiated and drafted agreements on behalf of motion picture studios, theater producers, and creatives.

Rachel thereafter returned to her native Chicago to take a position as Assistant Attorney General in the Civil Appeals Division of the Illinois Attorney General’s Office. In that capacity, Rachel represented the State of Illinois and its agencies and employees in civil appeals in the U.S. Supreme Court, U.S. Courts of Appeals, Illinois Supreme Court, and Illinois Appellate Courts, with a focus on constitutional law, employment law, and administrative review. As an AAG, Rachel authored more than 100 appellate briefs, including many on significant matters of first impression, and presented more than 20 oral arguments.

Rachel then moved to Boise, Idaho, where she represented commercial clients in all phases of civil litigation as Counsel to Andersen Banducci PLLC. Among other matters, Rachel acted as second chair trial counsel on a hundred-million-dollar title insurance bad faith dispute, which included supervising dispositive and pretrial briefing, briefing and arguing Daubert motions, and conducting a mock trial.

Rachel affiliated with Montage Legal Group’s freelance attorney platform in 2021.  She is admitted to practice law in Illinois.