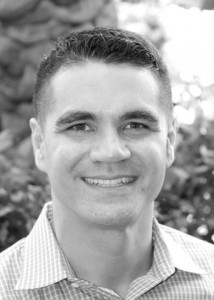 Trevor Allen graduated from the University of California, Santa Cruz in 1998 with a B.A. in Psychology with High Honors, and was a California Regents Scholar (full tuition and living expenses). He graduated from the University of Arizona College of Law in 2010 in the top 10% of his class, magna cum laude and Order of the Coif. In law school, Trevor was a member of the Arizona Law Review, a Perry Rogers Scholar (full tuition) and published a Case Note, State v. Guillen: Home Privacy Protection Disappearing in the Desert, 51 Ariz. L. Rev. 1097 (2009). In law school, Trevor externed for the Honorable James A. Teilborg in the U.S. District Court of the District of Arizona, and was an Arizona Attorney General, Rule 38(d) intern in White Collar Crimes, where he was given a lead role in two felony trials resulting in felony convictions.

In addition to his legal career, Trevor is the creator and producer of Kids Musical Yoga, a yoga program for toddlers with original music and nationally distributed, award-winning DVDs. He is admitted to practice law in California. Trevor joined Montage Legal Group’s network of freelance attorneys in 2014.