Many of you just completed taking the February California Bar Exam;  many as a repeat exam taker.  Studying for the bar exam, more than once is a bear and the waiting game can be anxiety provoking, to say the least.  Whether or not this was the exam for you, you must believe in yourself.  The bar exam, is just that, an exam.  I have met several repeat exam takers who may not be the best exam takers, but still have exceptional legal minds.  Many brilliant lawyers don’t pass the first time.  That list includes Jerry Brown, Kathleen Sullivan and Hillary Clinton to name a few.  One brilliant lawyer, and former SucceedLaw client, passed the second time and his answer was published.

On December 6, 2015, I met Ben.  He was an anxious, but eager, young lawyer.   As someone who had just learned that his first attempt was unsuccessful, Ben was nervous but determined to try again.  Over the next 3 months, I got to know Ben as a person, learner and writer.  He worked hard during my program, never gave up and his progress grew rapidly.  Fast forward to May 13, 2016…I was ecstatic, but not surprised, to receive an email from Ben titled “PASS PASS PASS PASS PASS!”  But what came in July knocked my socks off!  Ben called and revealed that his entire test booklet was chosen as the published answer for February 2016!

Ben and I started working together with a close eye on essay writing.  We focused on SucceedLaw’s necessary ingredients to bar passage: the planning, implementation and reflection phases of expert learning by stepping into the grader’s shoes. After Ben’s July phone call, I looked through his file to learn from and share the lessons of Ben’s extraordinary success.  What lessons were learned?

First, failing is not a dirty word.  Failing the bar does not define who you are, determine intelligence or reveal what kind of lawyer you will be. To the contrary, the act of failing can be an amazing teacher, if you let it.  I reminded Ben, as I do with all my clients, that he was capable of passing this exam.  And as it turns out, he was more than capable.  In this case, an applicant who failed the bar exam was capable of writing not only passing answers, but publishable ones!

Second, Ben took my teaching mantra, “Purposeful Practice Makes Perfect,” to heart and embraced the three stages of expert learning.  He was not afraid to take risks writing practice essays for me early on and often. He purposefully and thoughtfully communicated what he learned from my feedback after reviewing it.

Third, he self-graded – a lot.  By planning, implementing and reflecting on my feedback, he was able to see my perspective as his grader and ultimately put himself in the CA grader’s shoes.  He said to me “I feel I am really turning a corner here…”

And that he did!  His answers showed that he carefully pre-planned by outlining before implementing and writing.  He spotted issues, he organized them well and he explained how the law worked in each hypothetical.

Today Ben is a successful practicing litigator.  As I knew he would be!  Bravo Ben!

If you want to review Ben’s sample answers click here. 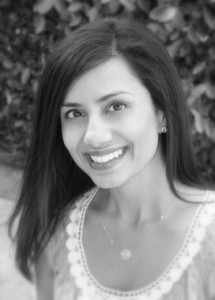 Amy Parekh graduated from the University of Michigan Law School in 2002.  She joined Montage Legal Group in 2011 and has a criminal appellate practice.

Amy is also the owner of www.SucceedLaw.com, a bar exam tutoring company.  Amy creates individualized programs and intensive skills-based instruction to those preparing for the bar exam.  She also works with USD and Chapman Law Schools’ Bar Success Programs.