While you may not have heard of the Constitutional Rights Foundation, Orange County (CRF-OC), you probably have heard about one of our signature programs, the Orange County High School mock trial competition.  Over 900 high school students, on 50 teams, from 41 schools will conduct mock trials in the courtrooms at the Central Justice Center in Santa Ana.  The students are the attorneys, witnesses, clerk and bailiff in the trials.   Judicial volunteers preside over the trials and attorney volunteers evaluate student performance and provide feedback on their presentation style, proper use of objections, and understanding of basic legal concepts.

I first volunteered for mock trial as an attorney scorekeeper when I was a new associate, still waiting for my bar results.  Those high school students completely impressed me.  I was hooked.  That was more than 20 years ago.  I kept volunteering for mock trial and, because I believed in the program and CRF-OC’s mission of non-partisan, civic education, I joined the CRF-OC Board of Directors.   Now I work for CRF-OC as the Executive Director (they hired me while I was working as a Montage attorney), promoting mock trial in a whole, new way.

I’m not saying volunteering for one night of mock trial will have the same impact on your life, but by giving a few hours on one evening, you will have a direct impact on the high school students who participate.  It is an easy, entertaining way to give back to others, with no ongoing time commitment required.  You don’t need to have trial experience or even litigation experience to volunteer.

The greatest need for volunteers is during the first four rounds of the competition.  To volunteer, please see CRF Mock Trial – Scorekeepers Volunteer Flyer or email me at [email protected]  Thanks for your support! 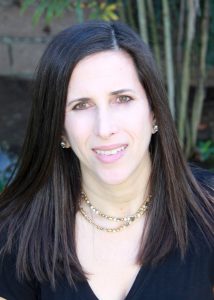 Shara Witkin attended the University of California, Berkeley, where she graduated with a degree in psychology, with honors.  She earned her Juris Doctor from the University of Chicago, The Law School, in 1996.  After law school, Shara joined Snell & Wilmer, LLP as a litigation associate.  At Snell, Shara concentrated on business litigation.  She participated in arbitration, mediation, and settling cases.  She prepared and argued motions, pleadings, appellate briefs, and all forms of written discovery.  She also took and defended depositions.  In 1999, Shara left Snell and joined Morrison Foerster, LLP, where she continued her litigation practice.  Shara left Morrison Foerster and after taking some time off, she joined Montage Legal Group in 2016.