We are excited to announce that Chicago Woman Magazine interviewed tax specialist, Devin Blackburn, for its January/February 2018 issue.  In it, she provides relevant insight on the new tax legislation and how it impacts families and businesses.

Corporations clearly got a tax cut, but what does this mean for small business owners? The corporate tax rate has been reduced to a flat rate of 21%.   But owners of pass-through entities can rejoice as well.  Sole proprietors, S-Corporations, partnerships and LLCs will be able to deduct 20% of the total amount from taxable income – much better than the current regime which taxes pass-through income at the ordinary income tax rate of business owners. The downside: For owners of service businesses such as attorneys, accountants, and doctors, the deduction is phased out if income exceeds $157,700 ($315,000 if married.)

To read the full article, visit Chicago Woman Magazine’s January/February Issue.  Chicago Woman is the only magazine and media brand that speaks directly to professional women who live, work and play in Chicago. The magazine tells the stories that empower women, inspires them and serves as a platform for the women who are the movers, shakers and makers in our beautiful city. 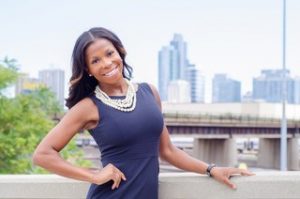 Devin is an experienced tax attorney who handles corporate tax matters as well as tax controversy.  Devin is the founder of Blackburn Law Group, and consults with law firms on high-level corporate tax issues as a freelancer in Montage Legal Group’s network.

Devin graduated from Florida State University in 2003, and obtained her Juris Doctor from the University of Illinois at Urbana-Champaign in 2007.  In law school, she was a semi-finalist in the ABA Client Counseling Competition and was a Rickert Award Recipient for Excellence in Legal Writing – the highest award bestowed upon law school graduates.

Devin then relocated to Chicago to join Pricewaterhouse Coopers.  At PwC, she was a member of the Tax Controversy & Dispute Resolution practice – a practice comprised of attorneys and former IRS agents.  As a Senior Associate, she represented Fortune 500 companies in federal tax disputes nationwide, managed federal tax examinations and successfully obtained penalty abatements for untimely filings and late payments.

Devin was also a Senior Executive at GE Capital, prior to its disposition.  At GE Capital, she led two distinct tax divisions, managed the tax due diligence of a $2B divestiture of nearly 2,000 real estate properties and led the corporate due diligence for the Q4’15 disposition of her business unit before ending her tenure.

Devin affiliated with Montage Legal Group’s freelance attorney network in 2017.  She is licensed to practice in Missouri, Kansas, the United States Tax Court and has CAF designation which permits her to represent all taxpayers before the IRS.

In addition to her legal practice, Devin is a member of the Union League of Chicago, volunteers with the YWCA and enjoys traveling with her fiancé. 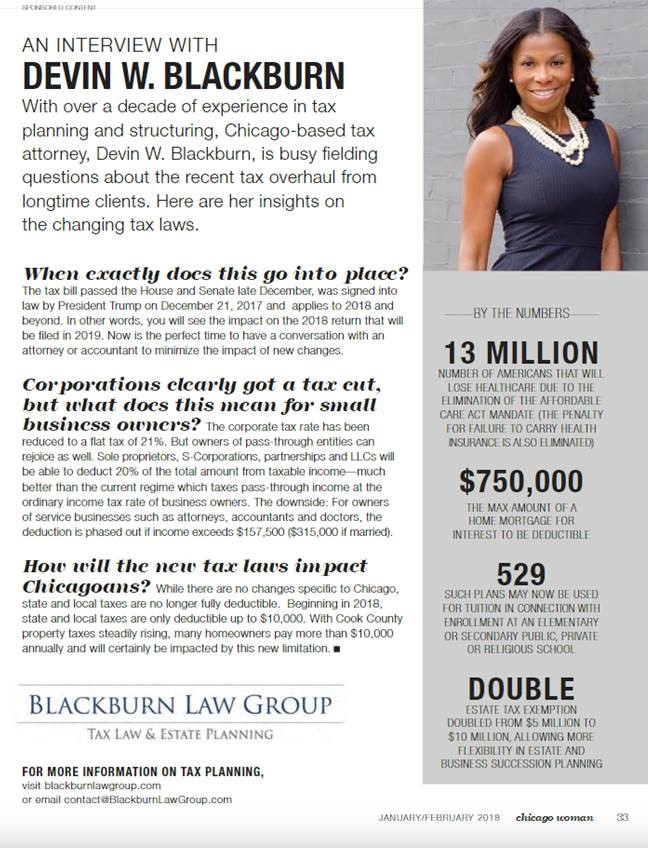