Home Blog Uncategorized Did You Know that October is Domestic Violence Awareness Month?

Most of you may not know, but October has been formerly dedicated by the U.S. Congress  as “Domestic Violence Awareness Month.” Through the 2011 Presidential Proclamation, our Country recommitted to assisting those in need to effectively seek and implement safety measures, such as breaking the cycle of violence by becoming financially independent from their abusers.  In honor of all those impacted and to raise awareness, Montage affiliated attorney, Tracy Miller, wrote a post titled “Recognizing a ‘True’ Victim in Domestic Violence Cases,” as a guest blogger for OC Family’s blog, Mommy Esquire.

In her post, Tracy Miller shares a true story about one of her client’s and the adversity her client overcame as a victim wrongfully accused of domestic violence filed by her abuser. Tracy assisted “Amy” – a domestic violence victim – to utilize the civil / family courts in concert with the criminal court to achieve the long-overdue protection she needed after being manipulated and controlled by her abuser for years. See the full post here.

Tracy’s background in criminal law, civil law and family law has made her the go-to attorney for cases that involve a combination of those legal issues, especially cases involving restraining orders.  Tracy is a frequent author on legal topics involving both criminal law and family law, and recently co-authored “10 DUI Myths – Not An April Fool” , which was published in the Riverside Lawyer’s April 2012 issue.  Tracy was also recently featured in OC Metro’s Top Attorneys Issue. 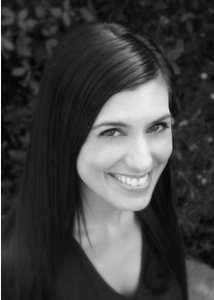 Tracy Miller is a former Felony Prosecutor.   Tracy has worked as a legal assistant in family, civil and criminal law firms. During much of her tenure at the District Attorney’s Office she was assigned to the Domestic Violence Unit and thereafter opened her own law firm Domestic Violence Legal Center, focusing on Criminal Domestic Violence Cases (representing wrongfully accused and victims) and Civil Harassment and Domestic Violence Restraining Order Cases (representing victims and wrongfully accused in family and civil courts).   Tracy’s experience in family, civil and criminal law allow her to cohesively handle a client’s needs in all courts, without the necessity of a client relying on several attorneys with different expertise.

Tracy and her husband live in Orange County with their 3 year old son and their infant baby girl.