“Toto, we’re not in Kansas anymore . . . .” That was my thought each morning as I ascended the steps inside the criminal courthouse. I was working as a Deputy District Attorney as part of the Orange County DA’s Trial Attorney Partnership (“TAP”) program. Never in my staid, civil law practice life had I dealt with cases involving drugs, drunks, or disorderly defendants. It was an eye-opening experience to say the least. As a civil attorney seeking to gain courtroom and trial experience, I had no idea what kind of a ride the TAP program would be when I applied. After successfully prosecuting my first jury trial, conducting numerous felony preliminary hearings, and arguing motions and other evidentiary matters, I can say that it was one of the best work experiences I ever had. Before I began the TAP program, I had this vision of what a DA does (something along the lines of, say, Law and Order). Suffice it to say being a DA looks much easier on TV.
In trial, a DA is part investigator (was it Professor Plum in the library with a candlestick?), part Perry Mason (“Objection, your honor, defense counsel is harassing the witness again”), and part Spielberg (to play the video for the jury or not play the video, that is the question). Being able to think on your feet and respond well is a threshold requirement for a DA. It was unusual to be handed a preliminary hearing with advance time to prepare. It was more the norm to be called upstairs to the calendaring court, given the file, and told your witnesses were waiting in the hallway. I also recall thinking that I had more time to prepare for moot court in law school than I had to prepare for my jury trial (in which there was no second chair, by the way). This made the TAP experience all the more challenging and, well, exciting. I have always enjoyed the practice of law, but I do not recall ever using the word “exciting” to describe my work.
I was more than impressed with the quality of the attorneys at the DA’s office, not to mention in awe at the amount of work they get done with what little resources they have. I shared an office (and that is a stretch to call my tiny government-issued space an “office”) with another TAP attorney, who worked for a large law firm. We compared notes on how jovial the DA’s office seemed compared to private law firm life (this despite the lack of secretaries, support, and even supplies). It did not seem as competitive as some of the firms I have worked at in the past (and my experiences were much better than those of my peers at other more cut-throat firms). Maybe that is why the DAs seemed to like their jobs, which is a novelty in the practice of law. I could have sworn I even heard laughter in the hallway, which was quite refreshing after having spent years trying to avoid getting stuck in a conversation with a co-worker because it meant I had to stay later to make my billable hour requirement.
I was also impressed by the judges. Most seemed to take an interest in the TAP attorneys. One avuncular judge even took me and my co-TAP attorney back in chambers to give us tips. Wait . . . actual mentoring? Like I said, I was definitely not in Kansas anymore. With that and finding out that discovery was just a one-page form, I was definitely blown away by the civility of criminal law practice.
In any event, I have many great stories to entertain my friends at cocktail parties now. And having won my first jury trial is definitely a notch on my belt. All in all, it was a great experience. It is nice to be back to my quiet, civil law practice, but I will always enjoy having played a DA. 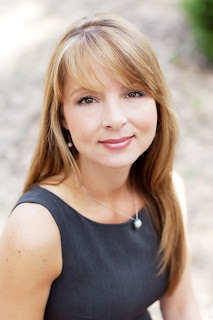 She then began practicing law in Nashville in the corporate and securities group at Waller Landsden Dortch and Davis LLP. She then returned to California where she joined the corporate group at Snell and Wilmer, LLP. At Snell and Wilmer, Kandy negotiated mergers and acquisitions, prepared copyright and trademark registrations, and worked on corporate-related litigation matters.

Kandy then joined Brobeck Phleger and Harrison LLP’s corporate and securities group, where she negotiated venture capital financings on both the venture capital fund side and the company side in the high technology and emerging growth sectors. After taking some time off to be at home with her two children, Kandy relaunched her legal career by consulting with entrepreneurs and start-up companies and eventually started her own law firm. She affiliated with Montage Legal Group in early 2010.

In addition to her legal career, Kandy sits on the Board of Directors and the Governance Committee of Hope University, which provides an arts-centered curriculum for adults with developmental disabilities.

Kandy was recently interviewed by “Critical Mass: The Radio Show” to talk about how entrepreneurs could benefit from engaging a business attorney in the early stages of the lives of their business. Click here to listen to her radio interview.

Kandy has also been featured by iRelaunch, a company started by Carol Fishman Cohen, the well-known author of “Back on the Career Track: A Guide for Stay-At-Home Moms Who Want to Return to Work.”  iRelaunch produces career reentry programming, events, and content for employers, universities, organizations and individuals. Kandy was featured as a “Success Story” for getting back into the legal market after taking time off to raise her children.

Connect with Kandy on Linked-In