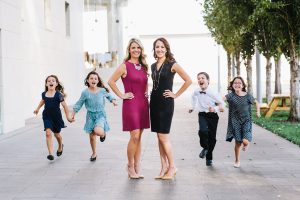 Montage Legal Group started almost 10 years ago with lawyer-moms in mind.  We are lawyer-moms ourselves, after all. We had no idea that we would strike a chord with so many other lawyer-moms across the country.

We were thrilled when freelance journalist, Angela Morris, decided to write an article for Law.com, featuring Montage Legal Group.  Angela’s article, ‘Extreme Part-Time’ Lawyer-Moms Flock to Freelance Firms, discusses so-called “accordion law firms” like Montage, and states that “they have become particularly popular with lawyer moms who want to dramatically reduce their hours after they give birth, but who also want to stay in the legal game.”  Angela also discusses why women lawyers don’t always want to request to go part-time due to the dreaded “schedule creep,” and why many prefer to freelance instead.

About 85 percent of Montage’s 300 freelance attorneys are lawyer moms who average 10 hours of work weekly, Giglia said. “It’s a very sought-after way to go about keeping a hand in the legal field while not having the punishing schedule.”

The Law.com article also features and quotes Montage freelance attorney, Chelsea Beser, who has been freelancing with Montage for 6 years, and helped develop Montage’s New York presence.  Chelsea now has three children, ages 6, 4, and 1 years old, and teaches legal writing at Fordham University School of Law in addition to freelancing with Montage.  Chelsea states in the article: