Recent headlines reporting on a purported French law banning work emails after 6 PM has, once again, brought France’s labor law and policy to the forefront.  Opinions disparaging “lazy French workers” and French labor laws, including the 35-hour workweek, became pervasive and almost impossible to circumvent.  Weeding through the various reports on the “law,” the following became clear: 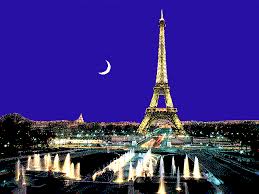 But, what if the 6 PM email cutoff was a reality for attorneys in the United States?

People are no longer surprised to hear that many lawyers work around the clock for 80-100 hours per week.  Many attorneys and law firms believe that these long hours are simply a right of passage, and are part of the deal.  It also comes as no surprise that many attorneys chose to opt out of this type of work schedule because it is simply not sustainable.

Would a 6pm email cut-off help these overworked attorneys?  Likely not.  There may be a few progressive law firms that would support an 11 hours away from email policy, but many others would likely shift to requiring attorneys to be present for meetings or other less efficient and effective means of communication after the 6pm cut off.

Unless there is a dramatic shift in expectations and lifestyle across the profession, a 6pm email cut-off is unrealistic at best, and harmful at worst.  Or, it could be a positive step in shifting expectations.  We may never know.

Disclaimer: I took high school French for one year nearly two decades ago! 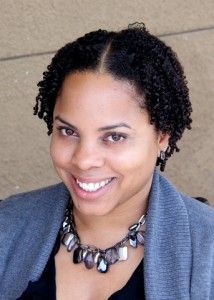 Kiyana Kiel received her BA in American Literature with College Honors in 2003.  She received her JD from the University of California Berkeley School of Law, Boalt Hall in 2006. While at Berkeley Law, Kiyana was Articles Editor of African American Law and Policy Report, and received the Prosser Prize in Asian Americans and the Law.

Following law school, Kiyana joined Manatt, Phelps & Phillips as an associate in the real estate group.  Kiyana then joined Xenon Investment Corporation as a legal analyst/property manager, and subsequently joined Pacific McGeorge School of Law as the Director of Education Pipeline Initiative, where she was liaison to local, state, and national education pipeline programs and governmental agencies. Kiyana then became an attorney for the Sacramento Municipal Utility District in 2010, where she focused on real estate, land use, and environmental law including CEQA/NEPA, CESA, RCRA, and CERCLA.  At SMUD, Kiyana handled due diligence, purchase and sale agreements, leasing, construction, development, and entitlement contracts.  She also represented SMUD in legal and regulatory proceedings.

Kiyana is currently the Director of Academic Success at the University of San Diego School of Law, where she designs and implements academic success materials and programs, and bar exam preparation workshops.  Kiyana affiliated with Montage Legal Group in 2013, and handles freelance real estate, land use, and environmental law projects for law firms in California.