Meet our first Montage freelancer, Amy Leinen Guldner! Amy has been practicing law for over 22 years. Originally from Iowa, she began her legal career in Phoenix and moved to Southern California in 2000 to be closer to her then fiancé, now husband.  Before joining Montage as their first freelancer in 2010, Amy worked at Snell & Wilmer and Morgan Lewis, and her civil litigation practice focused primarily on product liability (automotive and pharmaceutical), medical malpractice and employment.  She is a mom of 2, volunteers as a court-appointed special advocate (CASA), and loves taking her family to national parks. 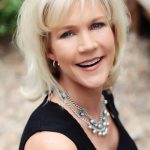 Freelancing with Montage has given me the opportunity to add value and make a positive impact on my family, my clients, and the legal profession.  Win-win-win!

Below is more information about Amy.   If you would like to work with Amy, please email us at [email protected]. 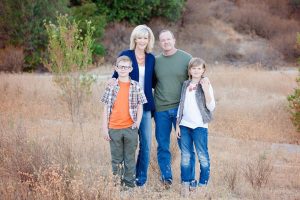 She then joined Morgan Lewis & Bockius LLP in Irvine as a staff associate in their nationally acclaimed labor and employment practice group, where her practice was focused on defending employers against claims under both federal and California laws for wrongful termination, discrimination, harassment and retaliation and defending against wage and hour class action disputes for misclassification of workers, unpaid wages and overtime, and meal and rest breaks.  Amy subsequently left Morgan Lewis to affiliate with Montage Legal Group, and is currently doing freelance litigation work for several law firms.

In addition to her legal work, Amy is a volunteer Court-Appointed Special Advocate with CASA of Orange County, mentoring and advocating in court on behalf of abused and neglected children. Amy is also an active member of the Riverside County Bar Association, and currently serves on their publications committee.  Amy is admitted to practice in California and Arizona and before the U.S. Supreme Court; the U.S. District Courts for the Northern, Central, Southern, and Eastern Districts of California; and the U.S. District Court for the District of Arizona.