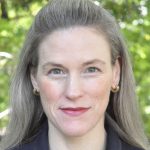 I love being able to focus on substantive legal work on my own schedule, without needing to sacrifice time spent with my family.

Below is more information about Carey.   If you would like to work with Carey, please email us at [email protected].

Carey Bollinger is an experienced litigator who has had a varied, high-level practice that included appellate litigation in the United States Supreme Court and federal appellate courts, as well as state and federal court trial litigation. She has worked closely with a former U.S. Solicitor General and other top former government officials.

Following graduation, Carey clerked for Judge Peter Messitte on the United States District Court for the District of Maryland. During her summers in law school, Carey worked at Sullivan & Cromwell, the United States Attorney’s office in the Eastern District of New York, and Wilmer, Cutler & Pickering. After her clerkship, Carey joined Wilmer, Cutler & Pickering (now WilmerHale) as an associate. After working at WilmerHale for over two years, Carey clerked for Judge Wilfred Feinberg on the United States Court of Appeals for the Second Circuit. Carey then returned to WilmerHale following the clerkship.

Carey’s work at WilmerHale focused on appellate litigation and general litigation. She worked on Supreme Court pleadings and cases in several federal appeals courts. She was the senior associate in a successful Ninth Circuit white collar criminal appeal. She worked on another case for several years, from its inception in the Delaware Chancery Court, and through a successful defense of the lower court victory in an appeal to the Delaware Supreme Court. She argued a case in the Sixth Circuit. She assisted on many depositions and helped manage teams of contract attorneys during document reviews. Carey was promoted to Senior Associate during her time at WilmerHale.

Carey left WilmerHale in 2009 to attend Columbia’s School of International and Public Affairs. She received her Masters in Economic and Political Development in 2011.

She is admitted to practice law in Washington, D.C. She has litigated in federal and state courts in D.C., California, Michigan, Delaware, and elsewhere.

Carey joined Montage Legal Group in 2016 and lives outside of St. Paul, Minnesota.