We are excited to spotlight James Ji!  James graduated magna cum laude from the University of Utah and then attended The University of Chicago Law School, obtaining his JD in 2006.  James practiced in the general litigation department of Skadden Arps in New York.  He moved back to his hometown of Salt Lake City where he was a partner of a highly-respected litigation boutique.  In 2017, James started his own solo practice where he also works for law firms and in-house legal departments through Montage Legal Group.  His practice areas include commercial and contract litigation, class actions, protection of trade secrets and intellectual property, healthcare law and regulation, and employment law. 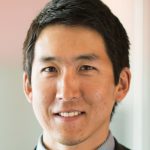 Montage provides me the flexibility to supplement my solo practice with high-level contract legal work for sophisticated law firms and in-house legal departments.

Below is more information about James.   If you would like to work with James, please email us at [email protected].

James Ji is a successful litigator who has practiced in state and federal courts across the U.S.  James has represented clients at both the trial and appellate levels, including before the United States Supreme Court and several state supreme courts.  He has over a decade of experience with complex, high-stakes litigation, including numerous class actions.

In 2008, James moved back to his hometown of Salt Lake City.  He was made a partner of a highly-respected litigation boutique, where he represented some of the largest businesses in the region – including national retailers and the region’s largest healthcare company.  James’s successes include achieving an outright dismissal on the eve of trial in an international oil and gas case in the Southern District of New York, and winning affirmance of that dismissal in the Second Circuit.  He also successfully achieved dismissal of novel statutory interpretation questions under Medicaid and state healthcare statutes.  James has actively managed all phases of litigation, including pleadings, discovery, motion practice, trials, and appeals.

James is admitted to practice in Utah and New York.  He joined Montage Legal Group in 2017 and resides in Salt Lake City, Utah.