Meet Maria Gorecki! Maria has more than twenty years of experience as a general litigator. Shortly after the birth of her daughter, Maria and her husband decided to move back west.  From Boulder, Colorado Maria now balances her freelance practice with being a mom, volunteering as a court-appointed special advocate (CASA) for abused and neglected children, and, in her spare time, hiking and skiing in the Rocky Mountains. 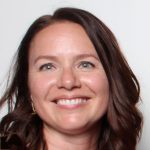 I am so grateful I have found a situation that allows me to litigate complex cases without having to sacrifice other things that are important to me.

Below is more information about Maria.   If you would like to work with Maria, please email us at [email protected].

Maria Gorecki has been litigating a wide variety of complex cases for 20 years. She has represented both plaintiffs and defendants in commercial disputes, antitrust, products liability, securities fraud, employment, and defamation cases, and white-collar criminal defense matters in federal and state courts and arbitrations around the country. Maria has experience with trials and appeals and has trained as a mediator with the American Arbitration Association.

Maria began her legal career at LeBoeuf, Lamb, Greene & MacRae, LLP in New York City, where she focused on securities fraud, insurance, and white-collar defense. In 1999, she joined the Portland, Oregon office of Stoel Rives LLP, where she represented businesses in a variety of commercial disputes and white-collar criminal cases.

In 2001, she returned to New York City and joined Kasowitz, Benson, Torres & Friedman LLP, and she became a partner in 2006. Maria’s notable representations include: representing two magazine wholesalers in their antitrust actions; representing Donald Trump in a high-profile defamation action against a New York Times reporter and book publisher; representing chemical manufacturers in toxic tort cases and successfully obtaining summary judgment of failure-to- warn claims under federal preemption; representing a litigation trust formed from the bankruptcy of one of the nation’s largest commodities brokerage firms and freezing roughly $1 billion of a foreign bank’s assets; representing a liquidation trust arising from a massive Ponzi scheme causing more than $500 million in damages; and representing the Port Authority of New York and New Jersey in a trial defending against claims arising from the 1993 bombing of the World Trade Center. In 2014, Maria left the partnership to move to Colorado with her husband and young daughter.

In 2015, Maria was admitted to the Colorado Bar and joined Montage Legal Group’s network of freelance lawyers.