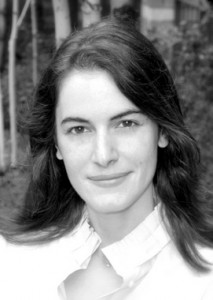 Freelance patent lawyer, Ceyda Maisami, recently wrote an article that was published in the January, 2013 issue of the Riverside Lawyer Magazine.  The article, titled “Jury Trial in Patent Lawsuits,” concerns the jurors’ place in the current patent system, as the latest jury decisions in patent infringement cases awarding patent owners significantly high awards raise questions as to whether the jurors are really qualified to hear and decide high-tech patent infringement matters.

Below is an introduction to her article, but for the full article, please visit see the Riverside Lawyer Magazine, January 2013 issue.

In August 2012, Apple won a decisive victory in a lawsuit against Samsung after a month-long trial when the jury ordered Samsung to hand Apple $1.05 billion for violating Apple’s patents.

The patents at issue included both design and utility patents, and the jury had the duty to decide if any of about three dozen devices made by either Apple or Samsung infringed on patents owned by the other company. The jury returned the verdict after just three days of deliberations, during which it answered more than 700 questions on highly technical matters.

Inevitably, many legal scholars and practitioners have begun to speculate as to whether juries are competent to hear patent infringement cases and whether the decision in the Apple v. Samsung case was reasonable.

Even though only about 3% of all patent cases are actually tried by juries, considering the fact that very few patent matters go to trial and due to the effective use of settlements and pretrial court judgments, much is at stake in terms of innovation. Accordingly, setting a consistent precedent is very important. Therefore, the role of juries in patent cases is a significant issue to be addressed….Read more in the Riverside Lawyer Magazine, January 2013 issue.

Ceyda graduated from Bucknell University in 2005 with a BS in Electrical Engineering and a BA in Economics, with a full academic scholarship for her entire course of study. She obtained her JD from Suffolk University in 2010.  Ceyda started her IP practice at Finnegan, Henderson, Farabow, Garrett and Dunner, LLP, one of the world’s largest Intellectual Property law firms, where she focused primarily on patent prosecution and litigation.  She worked for Finnegan in Boston for almost three years before moving to New York and joining Chadbourne & Parke.   Ceyda is currently a freelance patent lawyer affiliated with Montage Legal Group, and is in-house counsel at Hewlett Packard.  Ceyda is a member of the patent bar and the New York bar, and is in the process of being admitted in Washington D.C.  For more information on using Ceyda for a patent law project, please contact [email protected].