Home Blog Uncategorized Is That Clarence Thomas Sleeping on the Bench? Amy’s Trip to the Supreme Court in Riverside Lawyer Magazine

Does every law student think about standing before the United States Supreme Court?  They probably do – at least for a minute.  Most practicing litigators never make it to Washington, D.C., let alone in front of the Supreme Court Justices, but as lawyers, we probably all think it would be cool (and terrifying).  Amy Guldner writes about her own experience with the Supreme Court in this month’s issue of Riverside Lawyer Magazine.  She writes about her trip to Washington, D.C. to be admitted before the Supreme Court early in her legal career, that happened to fall on the day of a historic ruling. While her trip did not happen exactly as planned, she saw firsthand that laws, courts, and judges make real decisions that affect real life, from the mundane to the critically important. 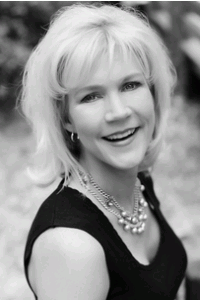 Amy Leinen Guldner joined Montage Legal Group in January, 2010 after practicing for over thirteen years at Morgan Lewis and Bockius LLP and Snell and Wilmer LLP. Amy Guldner is Montage Legal’s lead attorney, and has become an integral part of expanding Montage Legal to law firms in the Inland Empire, including Corona, Riverside and Temecula.  In addition to her legal work and caring for her two young children, Amy is a volunteer Court-Appointed Special Advocate with CASA of Orange County, mentoring and advocating in court on behalf of abused and neglected children. She is also involved with the Riverside County Bar Association and its publications committee. Amy lives with her husband and children in Corona, CA.