Home Blog Alternative Law/New Law Is the Legal Profession on The Cusp of Uber-Like Disruption? The ABA Commission’s Report on The Future of Legal Services in The U.S. 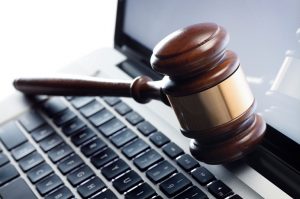 The ABA Commission on the Future of Legal Services recently completed its two-year inquiry into the delivery of legal services and access to justice in the U.S. In August, the Commission issued its findings and recommendations in a consensus document titled “Report on the Future of Legal Services in the United States.”[1] The approximately 100-page report contained both the Commission’s findings on the state of the legal profession and its recommendations for future actions.

Many of the Commission’s findings paint a bleak picture of the legal landscape, including those below.

“The legal profession . . . has reached an inflection point. Without significant change, the profession cannot ensure that the justice system serves everyone and that the rule of law is preserved. Innovation, and even unconventional thinking, is required.”

The Commission set forth recommendations, including the following calls to action:

The Commission found that “technology, globalization, and other forces continue to transform how, why, and by whom legal services are accessed and delivered.” The Commission pointed to several of these advances:

As further evidence of innovation, the Commission noted that the number of legal startups listed on AngelList jumped from 15 to over 400 in just a few years and that in 2013 legal tech companies received $458 million in outside investments. The “Online Legal Tech Services Industry,” which is not even ten-years old, was valued by one source at $4.1 billion as of 2014 and is projected to grow to $5.9 billion by 2019. The Commission cited marketplace demands as the reason behind such exponential growth.

Despite these and other advances, the Commission pointed to several reasons why the legal profession lags behind other industries in adapting to such advances.

The report is not without criticism. LegalZoom co-founder Edward Hartman acknowledged that the Commission was well-intentioned but criticized the Report as lacking substance and teeth because the Commission does not have the authority and influence to enforce its recommendations.[4] At this writing, the Report has not been approved by the ABA’s House of Delegates or Board of Governors. In addition, despite the Commission’s calls to action, the ABA itself recently consciously uncoupled from its own deal with Rocket Lawyer, the legal technology company backed by Google Ventures.

Will BigLaw attorneys be like taxi drivers caught in the headlights of Uber? The ABA Commission’s Report warns that the legal profession is at the “’cusp of a disruption.’” The jury is still out though as to whether the legal profession will leverage technology and other innovations and turn a perfect storm into a perfect opportunity.

Question: How will the ABA Commission’s Report Affect Your Legal Practice?

[1] A copy of the report is available at: http://www.americanbar.org/content/dam/aba/images/abanews/2016FLSReport_FNL_WEB.pdf. 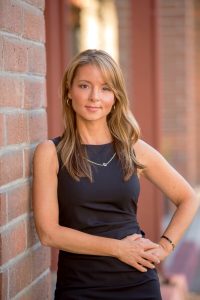 Kandy L. Williams is an experienced corporate attorney who advises founders, startups, and emerging growth companies through all stages and life cycles of their businesses. She has significant experience in mergers and acquisitions and all aspects of private financings, including seed, angel, and venture capital financings.

She has practiced corporate law at several leading law firms with offices in Orange County, including as an affiliated attorney at Bryan Cave LLP, and as an associate attorney at Snell & Wilmer LLP and Brobeck Phleger & Harrison LLP.  Kandy opened her own law firm in 2009 and has been affiliated with Montage Legal Group since 2010.