Recently the Orange County Bar Association published an Opinion on the practice of Ghostwriting by Contract Lawyers and Out-of-State Lawyers.  Formal Opinion 2014-1 applies relevant California rules, statutes, case law, and other Bar opinions to two hypothetical situations and examines the ethical issues involved in ghostwriting – the practice of a lawyer writing documents filed with the court without disclosure to the court in a non pro se litigant context.  The Opinion concludes in part that, “[t]here is nothing inherently unethical with a client or lawyer hiring another lawyer – often a contract lawyer – to ghostwrite a document to be submitted to court, without identifying the contract lawyer or disclosing his involvement.” (p.8)

The first hypothetical provides that California Counsel of Record hires a lawyer not licensed to practice in California, and not a member of Counsel of Record’s law firm to draft pleadings and documents for a case pending in California state court.  The second hypothetical also includes the hiring of a lawyer who is not a member of the Law Firm, but who is licensed to practice in California.  Neither contract attorney’s involvement is disclosed to the Court under either scenario, and in the second hypothetical the client also is not aware of the contract attorney’s involvement. 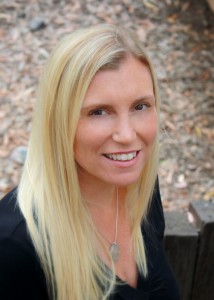 Isabelle Smith, formerly a partner with Howrey, LLP, joined Montage Legal Group as a freelance attorney in 2011. Isabelle obtained her law degree from University of California, Hastings in 1998 and served as the Executive Editor of the Hastings Law Journal.   She was a partner in the Global Litigation Group of Howrey, specializing in complex business litigation, with a particular focus on professional liability disputes and securities matters.  Isabelle has represented and counseled law firms in legal malpractice disputes, and Fortune 500 companies and start-ups in securities class actions, derivative suits, corporate governance, antitrust, merger and acquisition disputes, unfair business practices, and trade secrets.   In 2006 and 2007, Isabelle was named a Southern California Super Lawyer Rising Star by Law & Politics Magazine.  She was also named Pro Bono Partner of the Year by Howrey, LLP’s Irvine office.

Isabelle has co-authored numerous articles, including “Friends with Benefits” and “It Was My Understanding There Would Be No Patent Law!” for the OC Lawyer magazine.