A good deposition can make your case.  Solid deposition testimony can win a motion for summary judgment, or can defeat one and save your client’s case.  However, a deposition can be transformed into a costly wasted opportunity by a few basic errors. Focusing on tips for taking a good depositions are helpful, but never lose sight of mistakes – the things not to do.  Here are a few errors to avoid that I have seen first-hand over the years.

The court reporter may be the most important person in the room.  Perhaps you are out of your time zone, you are thinking about the deposition and you fail to greet the court reporter (and videographer) and make sure they are comfortable.  If things get contentious or muddled in the deposition, you need these valuable people to be well disposed towards you.  The reporters can hinder or help the deposition in many small but, of course, not deliberately.  Spell out tricky words for the reporter in the breaks if you have time, and have those exhibits organized and ready to be marked and handed to the reporter and to the deponent.

Don’t end up with the sun in your eyes or sitting diagonal to your deponent hemmed in with the reporter’s equipment.  Get into the room early if you can, and arrange the room for your effective deposition with the reporter and videographer’s help.  Remember it is your show.

How often does this happen: Your important deposition is days away, and the associate is told “prepare an outline for partner X’s deposition of the CEO covering all the relevant documents.”  Partner X shows up at the deposition with three associates laden with boxes and spends the next seven hours laboriously trying to get the deponent to tell him what he is looking at, often for the first time (as evidenced by the numerous awkward pauses).  Billing rates being what they are, it is good to delegate.  A deposition is, however, mano a mano, and the deposer needs to be personally familiar with the material to be effective.  If you need someone to help with the boxes, that’s fine, but if your box carrier knows the material and you don’t, let him or her take the deposition.

Yes, there are great smoking gun documents you want your deponent to authenticate or which prompt those “but isn’t it the case that…” questions.  However, documents should not be the pavers and handrails for the path of your deposition.  They should be treated as markers for that path, selected judiciously, and used to set up lines of questioning or promoting changes of topic.  Asking questions solely about the 1652 exhibits you have brought to the deposition will leave your transcript looking like an elaborate document index.  Further, your deponent will be visibly relieved at all the topics and questions that were never covered because they weren’t mentioned in a document.

You’re in control of the room, and you know your material forwards and backwards.  The deponent has had a sleepless night, and your opposing counsel is restricted to making objections as to form.  A few days later you get the rough transcript of your masterful deposition, and you find you are reading page after page of your own words as you show off your knowledge of the facts in lengthy questions and argue with defending counsel about the propriety of her objections.  The effectiveness of the deponent’s desultory monosyllabic responses is lost in the effort to find the question in your eloquent prose.  Enough said.

Of course the attorney has a major role in crafting the transcript.  For instance, as you gather gems, small admissions from your deponent on a crucial issue in the case (that will unhelpfully appear on pages 6, 10, 17, and 22 of the transcript), stop and summarize these statements and get a “yes, that’s correct”.  In this way you’ll have solidified the testimony in one clear punch, had a second bite at the apple to advance the theory of the case, and have a concise usable extract from the transcript.

Mistrust of the ample powers of the human brain to recall and react to information often prompts attorneys to prepare lengthy deposition scripts setting out word for word detailed questions designed to elicit exactly the testimony that they think they need and expect to get.  Witnesses are never predictable.  Following the orderly course of a script, the brain synapses take a rest.  Order soon turns to chaos as the deponent responds, “I wasn’t with the Company in 1992,” or “what do you mean by ‘roll-back,’” or “but I wasn’t involved with the design of the Rotary X5.”  The well scripted attorney will frequently fail to listen to the deponent’s answers that may be studded with leads for fruitful questioning, following instead with the next scripted question whose pertinence has already been blunted by the deponent’s previous answer.  Scripts are the enemy of flexibility and obstruct the attorney from following leads and side paths suggested by the deponent’s responses.  The better approach is to map out the broad structure of the deposition, noting key related documents for authentication.  With such a plan and careful listening to the deponent’s answers, the attorney has a much better chance of properly exploring the issues and flushing out the unknown than if relying on a perfect, but constraining, script of crafted questions.

The purpose of the deposition is not to show that the attorney can outwit or crush the deponent, but to elicit testimony from the deponent that increases the sum of knowledge related to the case and, best case scenario, that may advance the client’s case.  The deponent is in fact the attorney’s ultimate resource at the deposition, and aggressive and discourteous treatment of the witness is to the deposition what throwing a stick of dynamite into a stream is to gold prospecting; it tends to prevent you finding the gold.  That is not to advocate feeble questioning or failure to push back on a hostile witness.  Respect and a professionally friendly demeanor frequently lead to more good testimony in the transcript.  On one occasion in the middle of a deposition I was taking of an elderly lady who had been a key employee of a large corporation suing my client, she leaned across the table and grabbing my hand exclaimed “ooh I wish you were my attorney.”  It was a very helpful deposition and the case settled not long thereafter. 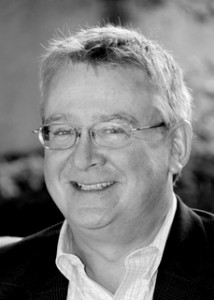 David Evered was formerly a partner at Knobbe Martins Olsen & Bear, LLP.   At Knobbe Martens, David specialized in U.S. patent and trademark disputes in Federal District Courts, in mechanical engineering, medical device, beverage and sports equipment fields. He has expertise in trademark, trade secret and patent litigation, and has handled all aspects of case management and trial preparation.  Prior to practicing at Knobbe, David was a commercial litigation solicitor in London, England at Slaughter & May, one of the most prestigious law firms in the United Kingdom.  David was also a partner at Marriott Harrison before joining Knobbe Martins.  David obtained his Bachelor of Laws degree, LLB, from the University of Exeter, and qualified as an English solicitor from the College of Law Chester in the United Kingdom.

Contact Montage Legal Group at [email protected] or 949-400-0798 for more information about using David to take or defend depositions for your firm on a contract basis.