We have heard a lot of talk about tax loopholes this election season.  No matter your party affiliation or income level, I have no doubt that all of us at some point – at least once a year – wish for a simplified tax code with all loopholes removed.

I’ll leave the debate about the merits of a simplified tax code to the candidates and pundits, particularly since it seems unlikely that Congress will ever purge the system of all loopholes.  Without such a purging, the best practice may be to study each loophole and analyze the lost revenue in relation to its social benefit and unintended social cost.  This is my attempt to start a discussion about an overlooked loophole.

When loopholes are mentioned, the list of those discussed by the media and candidates is very short.  We usually hear about mortgage interest, carried interest, capital gains, and charitable donations.  I want to turn the discussion to another set of loopholes, one that is particularly relevant for working women: the Dependent Care Tax Credit and the Dependent Care Flexible Spending Account limit.  These loopholes could be enormously beneficial for working families.  I say “could be” because the current levels are woefully inadequate.

There are two ways that families can decrease their tax burden when paying for childcare.   If an employer offers flexible spending accounts, a family can set aside up to $5000 of pretax income for childcare.  The other option is for a family to claim a tax credit for childcare.  Eligible Families can claim up to $3,000 in dependent care expenses for one child and $6,000 for two children per year.  The credit decreases as income rises.  While either of these methods provides a small decrease to a family’s tax bill, they both are stuck at inadequate levels.

According to Child Care Aware of America’s Parents and the High Cost of Childcare 2012 Report, there is only one state in this country where the average annual cost for a full-time day care is below $5000: Mississippi.  In twenty states, the average annual cost for full-time day care is at least double that.  In many states, the cost is triple the flexible spending limit.  The District of Columbia has the distinction of having an average cost that is four times higher than the flexible spending limit, at $20,178.

When I was a working mother, I always requested the full flexible spending account amount.  And every year, I was dismayed to realize that it was just a drop in the bucket compared to my childcare costs, both when I used a nanny and when I used daycare.

Raising the limits on these tax provisions may actually be revenue neutral.  Bloomberg News recently ran an article discussing the decline in demand for childcare services since the end of the recession in June 2009.  The article reported that employment in the childcare industry has declined 1.8 percent in the past three years, while payrolls in the economy as a whole have increased.  One reason cited in the article for this decline is that the cost of childcare is prohibitively expensive relative to income.  As a result, parents are choosing not to work or to rely on family members instead.  Thus, with an increase in the Dependent Care Tax or flexible spending limit, the math might change.  Parents might be able to offset the cost of childcare through tax savings resulting in a multiplier effect.  For every x amount of dollars the government does not collect from a parent, they may collect more from a newly hired childcare worker.

Similarly, increased limits may be revenue neutral through a transfer of taxes paid.  A 2011 survey conducted by a parents’ association in Brooklyn found that over sixty percent of employers paid their nannies off the books.  For those people paying partially on the books, thirty-one percent reported that they paid that way because the employer portion of payroll taxes was too high.  Based on these findings, it seems likely that at least a portion of these employers would be willing to pay their nannies completely on the books if they themselves had greater tax breaks.  Thus a portion of the lost revenue from the loophole may be returned to the government in the form of taxes on nanny salaries.

Leaving the rest of the revenue analysis to the Congressional Budget Office, I am going to touch on some social benefits and costs to these loopholes.  In my mind, one of the most important social benefits is taking money out of the decision to stay at home.  As a stay-at-home mom, I am the first to admit that it is not an easy transition from a fast-paced work environment to a less-connected life at home.  A recent Gallup survey showed that stay-at-home mothers have higher levels of depression and anger than their working counterparts at all income levels.  To the extent that the decision to stay at home was made for a parent based on the unaffordability of childcare, tax breaks may allow a parent to continue working, potentially alleviating some depression and anger.

On the flip side, some people may argue that it is better for a child if a parent stays home with him.  I have no doubt there are dozens of surveys analyzing the impact of a stay-at-home parent vs. a relative vs. a nanny vs. daycare.  I am not up to date on the most recent findings.

One other benefit that comes to mind is the benefit of increasing the number of nannies paid on the books.  It is a benefit to the individual workers to accrue points for social security and have the cushion of unemployment insurance. 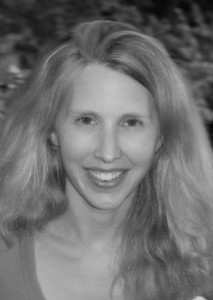 Ellen Jalkut graduated magna cum laude from Wellesley College, obtained her Masters in Economics from the University of Michigan in 2002, and her Juris Doctor from the University of Michigan Law School in 2003. Ellen practiced litigation at KMZ Rosenman in Chicago, focusing on real estate disputes.  In 2005, Ellen moved to New York City and began working on complex commercial litigation matters at Heller Ehrman.  In 2008, Ellen joined Bloomberg Law. More recently, Ellen served as a clerk for the Honorable William G. Young of the District of Massachusetts.  Ellen is the co-author of “Prior User Rights Expansion: Congress, the Courts, and Constitutional Considerations,” published by BNA in September 2011. Ellen joined Montage Legal Group in July 2012, and is located in New York.