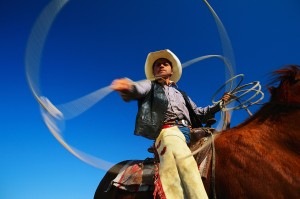 San Diego’s lead transactional attorney, Sara Mostafa-Ray, wrote an article discussing the treatment of animals used in rodeo and the inadequacy of federal and state anti-cruelty laws in protecting them. The article, titled “The Rodeo: Savagery Cloaked in Custom,” was published in the February 2013 issue of the Riverside Lawyer Magazine, which is dedicated this month to legal issues involving animals. The article reviews the federal Animal Welfare Act, California Penal Code §596.7 and the animal welfare regulations of the Professional Rodeo Cowboys Association, codified by many states, as applied to horses and livestock used in rodeos. Below is an excerpt from the article.

Jeremy Bentham, renowned philosopher and social reformer, once said, “The question is not, ‘Can they reason?’ nor ‘Can they talk?’ but rather, ‘Can they suffer?’” Over the course of time, with the advancement of science and ethics, people have come to understand that animals, with nervous systems like our own, feel pain similarly to us humans.

Enter the enigma of the rodeo: a venerated American tradition and “family-friendly” event. Rodeo events include calf roping, in which mounted riders chase four to five-month-old calves, yank them by the neck, and hurl them to the ground before binding their feet; steer wrestling, in which one rider keeps a steer (a castrated bull) running while a second cowboy chases the steer, then grabs it by the horns and twists its neck, slamming it to the ground; and steer roping, in which a mounted cowboy chases a speeding steer, then ropes it in such a way that the animal flips over and crashes to the ground on its back.

The tools of the trade are no less brutal. During bronco riding and bull riding events, flank straps (sometimes with burrs or irritants placed underneath) are cinched tightly around the animals’ abdomens to cause them to buck violently to escape the pain. Spurs on riders’ boots and electric prods are often used to further enrage the animals.

According to People for the Ethical Treatment of Animals (“PETA”), the injuries suffered by the animals range from open wounds and burns under flank straps to broken backs, ribs, and legs; snapped necks; internal organ damage; punctured lungs; ripped tendons; torn ligaments and muscles; and excruciating deaths.

Please see the following blog posts published by or about Sara Mostafa-Ray: 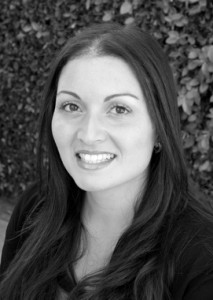 Sara Mostafa-Ray graduated from the University of Pennsylvania and UCLA School of Law. Sara then joined Cooley LLP’s San Diego office, where she practiced as a Business Associate.

Sara met and married her husband Andre, a Senior Chief with the U.S. Navy.  When her husband was transferred to Pearl Harbor in 2008, Sara moved to Honolulu with him and worked for a nonprofit legal agency for some time before accepting a position as an Associate with Damon Key Leong Kupchak Hastert in Honolulu.  Sara and her family were transferred back to San Diego at the beginning of 2012, and Sara currently serves as Montage Legal Group’s Lead San Diego Transactional Attorney.

A 2012 winner of the San Diego Business Journal’s Women Who Mean Business Award, Sara is equal parts flourishing attorney and dedicated humanitarian. A Northeastern urbanite, then ignorant of the nature of rodeo, she once attended a rodeo with her three-year-old son. Although they left halfway through the event, Sara endured comments from her son for weeks thereafter regarding men “tying up baby cows.”