Legal success in a balanced life is about finding the best way to establish working relationships and do business. It’s about exploring creative and strategic relationships with law firms—and this writing is here to help.

Somewhere between an independent contractor and the more traditional associate or partner, is the “of counsel” designation that signifies its own relation. Traditionally, an individual designated as “of counsel” in California would be a retired partner who remains available to the firm for occasional consultation.  Over the years however, the designation has morphed to include more creative relationships including a part-time practitioner, a senior attorney with no expectation of promotion to full partner status, or a solo practitioner with a separate practice who is engaged by the principal law firm either to meet temporary staffing needs or provide special expertise.

The definition of “of counsel” under California Rule of Professional Conduct 1-400(E)(8),  is a “close, personal, continuous and regular relationship” with a named firm.  The California Supreme Court adopted the ABA’s definition of “close, regular, personal, and continuous,” and stated that “the essence of the relationship between a firm and an attorney ‘of counsel’ to the firm is the closeness of the ‘counsel’ they share on client matters.” People ex rel. Department of Corrections v. Speedee Oil Change Systems, Inc., 20 Cal.4th 1135 (1999); ABA Formal Advisory Opinion 90-357.

State Bar Ethics Opinion 1993-129 makes clear that it is acceptable under the Rules of Professional Responsibility to hold an “of counsel” designation while maintaining a separate source of work, so long as conflicts and other ethical implications do not arise.  Specifically, Opinion 1993-129 states that “the number of ‘of counsel” relationships in which a member or law firm may serve is limited not by any strict numerical standard. Instead, the number of such relationship is limited by strict observance of the qualitative criteria of rule 1-400. Thus, in theory, law firm ‘O’ may serve as ‘of counsel’ to law firms ‘A’, ‘B’ and ‘C.’”

Any attorney or law firm contemplating an “of counsel” relationship must understand the ethical implications that the “of counsel” designation creates – most especially the conflicts of interest rules.  Unlike the case-specific conflict analysis for an independent contractor, an “of counsel” lawyer in California is deemed part of the law firm for conflict purposes, including imputed conflicts of interest. Under this single de facto firm analysis, current and former clients of every lawyer and the “of counsel” become relevant to all the lawyers’ respective ethical obligations and potential disqualifications. Opinion 1993-129 states the following:

For the same reasons, and consistent with State Bar Formal Opinion No. 1986-88, we believe that, to the extent the relationship between a principal member or law firm and another member or law firm is sufficiently “close, personal, regular and continuous,” such that one is held out to the public as “of counsel” for the other, the principal and “of counsel” relationship must be considered a single, de facto firm for purposes of rule 3-310.8 Accordingly, if the “of counsel” is precluded from a representation by reason of rule 3-310 of the California Rules of Professional Conduct, the principal is presumptively precluded as well, and vice-versa.

Similarly, in Speedee Oil, 20 Cal.4th 1135 (1999), the California Supreme Court stated that for purposes of conflicts of interest and disqualification, an “of counsel” attorney and the principal firm must be considered “a single, de facto firm” so that if one of them is precluded from a representation because of a conflict of interest, the other is presumptively precluded from the representation as well.  In other words, disqualification rules apply just as if the of counsel lawyer were a member of the law firm.  See also “Of Counsel” Liability, Thomas P. Sukowicz, Los Angeles County Bar Update, June/July 2003, Vol. 23, No. 6; The Of Counsel Role and Its Implications for Law Firms, Greg Suess and Richardson R. Lynn, Los Angeles Lawyer, July-August 2004.

This can exponentially increase conflicts, and preclude “of counsel” attorneys from representing clients adverse to the firm, or clients with potentially adverse interests to the firm, in their outside practices without providing written disclosure to and/or receiving informed written consent from clients pursuant to CRPC 3-310.  In addition, confidences acquired by the firm will also be imputed to the “of counsel” lawyer for conflicts and disqualification purposes.

The increased burdens of the de facto firm treatment make sense when looking at it from an underlying policy perspective–namely, to preserve confidentiality and public confidence in the integrity of the legal profession and judicial process.  Would-be “of counsel” attorneys must decide for themselves whether they are willing to clear conflicts with the entire firm before accepting outside matters.

In addition to conflicts of interest, Rule 2-200 of the Rules of Professional Conduct also applies when an “of counsel” lawyer enters into compensation arrangements with a law firm.  “If there is a financial arrangement between a firm and an of counsel lawyer that involves the of counsel lawyer being paid a percentage of a client’s fees paid to the firm, the rule requires a full disclosure to the client of the arrangement and the written consent of the client to its terms.” The Of Counsel Role and Its Implications for Law Firms, Greg Suess and Richardson R. Lynn, Los Angeles Lawyer, July-August 2004.

As long as an attorney complies with all of the rules and requirements relating to the “of counsel” relationship, the association with an established law firm can prove beneficial, financially and otherwise. But such benefits do not come freely, and before accepting the “of counsel” designation, attorneys must carefully consider the added burden of disclosure and consent requirements, and potential conflict disqualifications.  At the end of the day, the “of counsel” designation offers an enticing opportunity for attorneys looking for a work-life balance through a sustainable yet  flexible legal practice – as long as attorneys consider the potential pitfalls before signing on the dotted line. 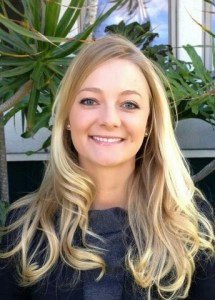 Lydia Strunk received her Juris Doctor from the University of San Diego School of Law in 2012, where she served as the President of the Women’s Law Caucus and received the James D’Angelo Outstanding Child Advocate Award for her work in Juvenile Dependency Court.  Upon graduation, she served as a post-grad extern for the Honorable Cathy Ann Bencivengo in the U.S. District Court for the Southern District of California.

Lydia has experience in general civil litigation including business, securities, class action and employment disputes.  She also has experience representing public agencies in all stages of civil trial including discovery, motion practice, depositions and settlement.

Prior to becoming an attorney, Lydia worked in finance. She received a Bachelor of Arts in Political Science from the University of San Diego with minors in Sociology and Gender Studies.