Home Blog Uncategorized What is the Future of Big Law?

With the end of each Big Law firm, talk about Big Law and its viability in the future begins.   Can Big Law survive?  Should Big Law exist?  Are there alternative law firm models waiting to break through? California Lawyer’s June 2013 issue features a cover story, “The Future of Big Law,” which discusses opportunities and challenges Big Law faces into the future.  The article features four managing partners as they reflect on issues such as competing with boutique firms, alternative billing structures, rethinking and embracing alternative career tracks, going global, and controlling costs.

Bloomberg Businessweek’s cover recently featured an article entitled “What do you call 176,000 lawyers lying at the bottom of the ocean?” and discusses the implosions of Big Law firms, Howrey, Dewey & LeBoeuf, Heller Ehrman and Brobeck, Phleger & Harrison.  The article also addresses future problems the legal profession is likely to face, as firms are cutting back and requiring longer partnership paths at a time when law schools are graduating more lawyers than the economy demands.  Hence, “176,000 lawyers lying at the bottom of the ocean” – the number of excess JDs the Bureau of Labor Statistics projects by 2020.  The article questions what will become of these excess attorneys, a combination of law firm refugees and recent graduates.  The Bloomberg article concludes that boutique law firms made up of former Big Law lawyers could become the future:

Ben Davidson, the night law school grad who was shocked by Howrey’s failure, has also landed on his feet. Rather than join another large firm, he went into business for himself in Los Angeles. The Davidson Law Group, with two attorneys, handles patent trials and offers its founder the opportunity to get into court more often than he used to at Howrey. “The judges in Los Angeles know me now, and they respect that my name and reputation are on the line every time I appear before them,” he says. He takes the cases he wants and doesn’t have anyone else counting his billable hours. Most mornings before heading to the office, he jogs on the beach. “Big firms are more of a business,” Davidson says. “On my own, I’m enjoying being a lawyer.”

[See also Former Howrey Partner Isabelle Smith Joins Montage Legal Group.]  The Dealbook on NY Times also wrote a piece called “The Future of Big Law,” which examines how a handful of Big Law firms have adapted to remain successful following the financial downturn and the implications of the current economic climate on aspiring lawyers.  Life After Law, Liz Brown’s popular blog about career choices of lawyers who leave the legal field, addressed this same issue in “Shrinking Big Law: Necessity is the Mother of Career Reinvention”:

The old model of success in private practice doesn’t work anymore.   For graduates of elite law schools, Big Law used to be the auto-pilot route to financial reward.  As Elie Mystal, the Harvard Law alum who now edits Above the Law, explained to me, “I got a very high score on the LSAT, and I didn’t look up again until I was leaving my law firm.”  I did that too.  My competitive nature, combined with my lower-income background, led me straight to on-campus recruiting.  I didn’t really think about what I wanted to do with my life until I was miserable.  By then, I was billing too many hours to think about anything but my cases and where to get take-out on the way home….Now that the Big Law model is broken, many JDs have to think more creatively about using their skills and talents.

All of these articles argue that Big Law must change to remain viable and competitive. California Lawyer’s June 2013 article features four managing Big Law partners, and their thoughts on how Big Law should change.  The four managing partners – from Morgan Lewis & Bockius, DLA Piper, Seyfarth Shaw and Kaye Scholer – reflect on the dangers and the opportunities that their firms face.  Molly Moriarty Lane highlights Big Law’s willingness and eye towards flexibility and change, even in their previously rigid attorney tracks.  In “Rethinking Career Tracks,” she discusses Big Law’s need for flexibility, including adding contract attorneys for project work when appropriate:

In response to the message that they need to think more broadly and creatively in terms of talent management and client service, many large law firms have modified their hiring practices. In its latest Law Firms in Transition Survey, Altman Weil reports that in 2011, 79 percent of large law firms used contract lawyers, up from 62 percent the year before. In 2012, two-thirds of the surveyed firms responded that using more contract (i.e., “temporary”) lawyers will be a permanent trend in the future. Firms have also increased their population of alternative-track (or non-partnership) associates. According to Altman Weil, 52 percent of firms with 500 to 999 attorneys reported they were likely to increase their hiring of non-partnership-track associates in 2012, a 14 percent increase over 2011.

While it is unlikely that many more Big Law firms will go the way of Howrey and Heller Ehrman, these articles highlight the need for Big Law to rethink traditional business models in order to remain profitable.  Successful Big Law firms are reexamining, scrutinizing, and shifting away from the traditional focus on heavy expansion, billable hours and partnership tracks.  However, in my opinion, Big Law must address is its hiring practices and attorney retention issues.  A first year associate on a partnership track at a $160,000 annual salary may not be the best decision, especially in light of the many more experienced attorneys with exceptional educational and professional backgrounds who are seeking alternative track positions.  Likewise, Big Law may consider adding some of the numerous accomplished contract attorneys for project work when they need a creative model to lower their client costs and to bring overhead down. The bottom like is that Big Law must reevaluate its traditional operational framework in order to better serve its clients and compete in the current atmosphere of economic uncertainty.  Embracing unconventional staffing models and new technologies may be a good place to start.

I think Big Law is probably here to stay, but as these authors have reiterated…Big Law must change.  What do you think? 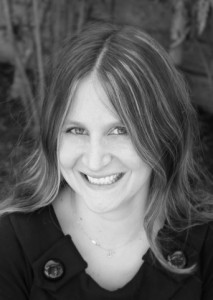 After law school, Mara clerked for the Honorable Carolyn Kuhl in the Complex Division of the Los Angeles County Superior Court.  Mara then joined Ogletree, Deakins, Nash, Smoak & Stewart, P.C. in Los Angeles, where she specialized in labor and employment litigation. At Ogletree Deakins, Mara represented and counseled employers in all aspects of employment law, including matters in both state and federal court involving discrimination, harassment, wage-and-hour issues, and unfair business practices. Mara drafted and argued motions, conducted investigations and witness interviews, performed a wide variety of legal research, took and defended depositions, and prepared for several trials.

Mara joined Montage Legal Group as a freelance attorney in 2012, and is currently handling freelance/contract work for law firms in Orange County.   Mara lives with her husband and toddler son in Irvine.