Home Blog female attorney Where Have All the Women Gone? 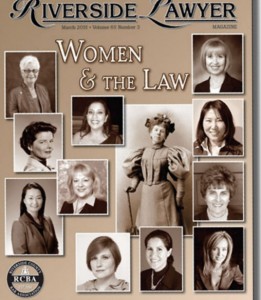 Women are leaving law firms in ever increasing numbers.  These women leave for a variety of reasons, most commonly because of parenthood.  Although law firms are instituting family friendlier policies, law firms continue to lose women, leaving us to wonder if broader law firm culture will ever adapt.

In the meantime, women are finding their way into unique practices and other industries.  Montage freelance attorney and education law specialist, Airionna Whitaker, discusses these issues in a recent article published in Riverside Lawyer Magazine, Where Have All The Women Gone?

After speaking with thousands of women who have stepped off the law firm track, we at Montage Legal Group also became curious about why women leave law firms, and what positive steps firms can take to improve female attorney retention.  Please stay tuned for an article discussing the results of our survey, which will come out later this year.

To read Arionna’s article, please see below or view the article in the Riverside Lawyer Magazine (March 2015, Volume 65, Number 3).

Where Have All the Women Gone?

Six months ago as I made the transition from law firm life to opening my own practice I got to thinking about all of the women with whom I’d gone to law school.  Of my close circle of seven none of us are in traditional law firm jobs.   Three are currently stay at home moms, one leads a non-profit, another one works in the courts, one is a staff attorney, and, I am self-employed.   How had all of us, who had all been relatively successful at law school itself, found ourselves outside of firms almost fourteen years later?  It’s not just us.  A quick glance through my contacts reveals women lawyers who have gone on to be government attorneys, PR executives, teachers, lobbyists, in-house counsels, solos, and at least one marriage and family therapist.

I was hard pressed to find anyone I knew well still working at a law firm, – much less a large law firm.  It turns out my Rolodex reflects a trend in the legal marketplace.   Women make up half of incoming law school classes, and almost as many are incoming associates, however, women are more than twice as likely to leave as their male counterparts.    The number of female associates as a whole has steadily declined for the last four years.

While there is no single reason that women leave law firm life – it is almost always attributed to work-life balance.  Even absent marriage or children, women are likely to have domestic obligations that aren’t borne by their male colleagues.   For one friend of mine the inflexibility of being an associate meant it was difficult for her to attend important doctors appointments and pick up prescriptions for her aging parents.

Even for those who don’t have domestic obligations there can be an assumption that they eventually will.  Another former colleague lamented that from the time she got married male partners repeatedly asked when she intended to have children as if they knew she was on her way out.  She ultimately did leave …but not because she had a child.

For those women who, like myself, do have children it can be a constant battle from the time we first learn we are pregnant.  Disguising morning sickness for three months is no easy task and the announcement of a pregnancy in a law firm is rarely met with joy.  After all, to a firm, that is three to four months of lost associate revenue.   One of the most difficult parts of going on maternity leave was seeing clients, whom I’d spent time cultivating, handed off to someone else and knowing I’d never see some of them again.

Once we have children we want to do everything that we can to ensure their wellbeing.  From nanny interviews, to preschool tours, school performances, volunteer time, and sports practices, the needs of our children are never ending.  And, so are the needs of the law firm.  Much like those children, law firms will ask us to interview new hires, shuttle to and from meetings, and wake us up in the middle of the night.  Certain partners will even throw a tantrum if something is not quite to their liking.   It is no wonder then that faced with competing needs women often feel that they are forced to choose.

Some firms are trying.  I myself worked at a firm where I was given the opportunity to work ninety percent of the billable hourly requirement for eighty percent compensation.   Despite the fact that women generally are compensated less than their male counterparts,  I was thrilled and thought that a ten percent cut in hours would be enough – but the truth is it wasn’t.   I still wasn’t happy and it showed.

Other firms are doing different things.   Some are trying work shares and relying more on contract attorneys.    Others are offering on-site childcare.  And, I do give them credit for making those changes.

These changes, however, cannot exist in a vacuum without a culture shift in the way that law firms operate.  Law firms are profit generating enterprises and law firm culture will likely only change when it becomes unprofitable to continue losing women.   That day may be coming.  As younger generations, of both men and women, who value collaborative cultures, flexibility and work-life integration, enter the work place law firms likely won’t be able to continue to ignore the loss of talent.

In the meantime, there are a whole host of industries benefiting from law firm losses.  As for me, I have work to do and clients to see.  But, I’ve also got a little guy’s t-ball practice on Tuesdays at 4:00 p.m. and I wouldn’t miss those for the world! 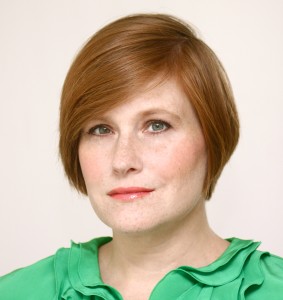 Airionna Whitaker is a special education and discrimination attorney.  She graduated from the George Washington University with a degree in International Affairs in 1996, and obtained her Juris Doctorate from the University of Southern California in 2001.  After graduating Airionna joined LexisNexis as an Account Executive where she conducted thousands of legal research trainings for lawyers and law students throughout Southern California.  She then joined Best Best & Krieger, LLP.  At Best, Best & Krieger, Airionna practiced municipal law, and then transitioned to education law.  At BBK, she worked on a variety of education related matters ranging from labor and employment to construction.  She ultimately began to focus on special education and discrimination cases.

In 2014, Airionna affiliated with Montage Legal Group and focuses on representing school districts and individual families in education matters. She has in-depth knowledge of the California Public School system and Federal and State education laws, regulations and decisions along with a deep desire to ensure that every student succeeds.