On July 1, 2015, a revised set of Standards for Attorney Sanctions for Professional Misconduct became effective. This recent revision marks the first real substantive change since the Standards were originally adopted nearly thirty years ago.  Montage freelance lawyer,  Heather Condon, wrote an article summarizing the most significant changes to the Standards, which was published in the August edition of the Orange County Lawyer Magazine.  To read “A Look at the Newly Revised Standards for Attorney Sanctions for Professional Misconduct,” visit the article on the OCBA website.  An excerpt from the article is below.

This past May, the California State Bar Board of Trustees approved a revised set of Standards for Attorney Sanctions for Professional Misconduct (the Standards). While the Standards underwent an overall clean-up and reorganization last year, this recent revision marks the first real substantive change since the adoption of the initial set of Standards for attorney discipline nearly thirty years ago in 1986. The revised Standards became effective on July 1, 2015.

The Standards, in both their original and revised form, are used to determine the appropriate sanctions in cases involving attorney misconduct. Based on the State Bar Act, the published opinions of the Review Department of the State Bar Court, and the decisions of the California Supreme Court, the Standards were adopted “to set forth a means for determining the appropriate disciplinary sanction in a particular case and to ensure consistency across cases dealing with similar misconduct and surrounding circumstances.” Attorney Standards of Prof. Misconduct, Part A—Standard 1.1. In this way, the Standards “help fulfill the primary purposes of discipline, which include: (a) protection of the public, the courts, and the legal profession; (b) maintenance of the highest professional standards; and (c) preservation of public confidence in the legal profession.” Id.; see also In re Kreamer, 14 Cal. 3d 524, 532 (1975). 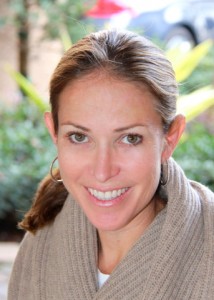 Heather Porter Condon earned her Bachelor of Arts in Economics from Stanford University in 2001, and her Juris Doctorate from Pepperdine University of Law in 2007. Following Pepperdine, Heather joined the Irvine office of Howrey, LLP (formerly Howrey, Simon, Arnold & White) before transferring to the Newport Beach office of Newmeyer & Dillon, LLP. In 2011, Heather rejoined her former Howrey colleagues in the Irvine office of Morgan, Lewis, & Bockius, LLP. At all three firms, Heather focused her practice on complex business litigation, with an emphasis on professional liability disputes. Heather is currently a member of the OCBA Professionalism and Ethics Committee and has published a number of articles on the topic of legal ethics. Southern California Super Lawyers named Heather a Rising Star in 2013 and 2015.  Heather joined Montage Legal Group in 2013.