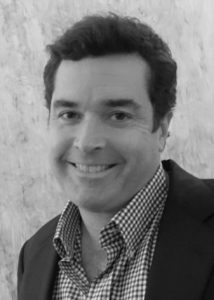 Adam W. is an experienced litigator and appellate attorney who writes briefs for matters involving commerce / business, intellectual property, class actions, procedure and evidence, and constitutional law.  Adam graduated from the University of Pennsylvania in 1994 and received his J.D. from Stanford Law School in 1999, where he participated in Moot Court and was a member of Stanford Law Review.

Adam then joined Crowell and Moring LLP in Washington, D.C., where he focused on appellate, antitrust, IP, and constitutional law litigation. He then clerked for the Honorable Franklin S. Van Antwerpen on the U.S. Court of Appeals for the Third Circuit. Adam then joined Gibson, Dunn and Crutcher LLP in San Francisco, where he served on teams defending criminal price-fixing investigations and related multi-district (MDL) litigation. He later served as a rostered court mediator (financial matters) in Maine’s Judicial Branch for four years.

Adam ended his full-time practice of law in 2017 when he unexpectedly became a successful visual and conceptual artist. He is represented by ENGAGE Projects Gallery in Chicago. He has shown in New York, Chicago, Houston, and Palm Beach, and Artforum designated his first solo show as “Must See.”

Working with Montage has also afforded Adam the flexibility to serve on several non-profit boards, ranging from the board of trustees of an international PhD program to the serving as the board chairperson of a national non-profit through which teenagers work to end mental illness stigma in their schools and communities.