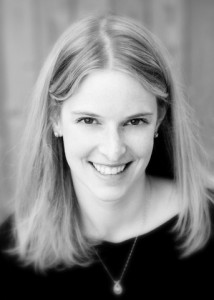 Shannon F. graduated from the University of Pennsylvania Law School in 2005, where she served as a Senior Editor of the Journal of Constitutional Law.  During law school, Shannon was a summer associate at Skadden, Arps, Slate, Meagher & Flom and interned for the Honorable Jerome B. Simandle of the United States District Court for the District of New Jersey.

Upon graduation, Shannon returned to the New York office of Skadden Arps as an associate in the Litigation Department, where she represented clients in complex commercial litigations and government investigations involving RICO, federal securities laws, ERISA, and breach of contract.

In 2007, Shannon relocated to Washington, DC, and joined the law firm of Dickstein Shapiro.  As a member of the Government Contracts department, Shannon continued to focus her practice on complex litigation, and represented government contractors suing the Government for breach of contract and CERCLA violations.  Shannon was involved in all aspects of litigation, including managing discovery, drafting dispositive motions, engaging in settlement efforts, taking and defending depositions, attending oral arguments, and participating in a 13 day trial before the Court of Federal Claims.  In addition, Shannon also advised clients in regulatory matters, including drafting and implementing compliance programs for government contractors.

Prior to attending law school, Shannon graduated from Pennsylvania State University, where she was valedictorian of the Journalism Department and wrote an opinion column for The Daily Collegian.  She also served as an intern at the House of Commons in London and the White House, before returning to London to get a Masters in Social Policy from the London School of Economics.

Shannon lives in Bethesda, Maryland with her husband, two rambunctious boys, and a very hyper dog, Couscous.  She joined Montage Legal Group as the Lead Attorney for Washington, DC in September 2012.