In college my friends used to refer to me as “cruise director.”  I think it’s because I was always planning something – nights out, trips, meals, study groups, and whatever else it is that college kids do.  I liked to orchestrate things and have life well thought out – it was just my nature.  I owned the nickname, and took it as a term of endearment, whether or not it was intended as such.

It probably comes as no surprise then that my career was well plotted out before it even began. I would graduate from Penn State with a double major in Journalism and Political Science.  Then I would go to graduate school in London, where I would study, travel, and meet my future husband, who would have a charming English accent.  Then I would return to the states, where I would get a law degree, only to eventually return to England where I would practice public international law (whatever that is) and save the world, one case at a time.

It didn’t quite go as planned.

Well, let me back up.  I did in fact graduate from Penn State, with a double major in Political Science and Journalism.  I did go to the London School of Economics to get a masters degree, and I did travel and study.  I did eventually return to the United States to attend the University of Pennsylvania Law School.

But the future husband with the English accent?  That didn’t happen.  Instead, my first year in law school I met my future study partner, my future husband, and the future father of my children.  He had an accent, but it was of the Long Island variety.  And just like that, love would change my plans.

It wouldn’t be the last time.

Instead of returning to Europe, I followed my future husband to New York and accepted a job at Skadden Arps in Manhattan.   I didn’t do public international law – I did commercial litigation.  It was an unexpected diversion, but I tried to take it in stride.

But there was a clock ticking.

And with that ticking clock came some more life changes.  A move to DC, a new job at Dickstein Shapiro, a yard, a dog, and finally, a pregnancy.  Everything was falling into place – house, kids, career.

Braden was born in September 2008, and I took advantage of a generous 18 week maternity leave.  And of course, I fell in love hard with that baby boy.  Over and over again, despite sleep deprivation, a bad case of reflux, and long days indoors.

Dickstein Shapiro walked the walk when it came to family friendly policies and flexibility.  When I asked to go part time upon my return to work, they didn’t hesitate to grant it.  I went back on a 60% schedule, three days a week.  I hired a nanny.  I was back on track, as it seemed.  But privately, I struggled.  I felt guilt when I was at work for not being with my baby, and guilt when I was home for not being as responsive as I should have been.  When pregnancy #2 came unexpectedly, I ultimately made a decision that was never part of the plan.

I had so many mixed emotions about this decision.  I truly liked being a lawyer.  I had worked hard at it.  I had been successful.  It was part of my identity – I was Shannon, the lawyer.  When I became Shannon, the stay at home mom, it took some getting used to.

I settled into my new life, though, and became a frequent play-dater, park-attender, and meal-preparer.  I started a blog.  I did some freelance work.  But mostly, I just lived my life day by day.  For the first time in my life, I didn’t have a plan.

I met some pretty amazing women through my new stay at home life, many of whom were also lawyers.  Women who, like me, wanted to take a break from law firm life, but also wanted to keep their skills sharp, their resumes full.  We would ponder this over shouting children and spilt fish crackers.  How could we do both?  Can you really have it all?

Enter Montage.  I couldn’t believe it when I heard about it.  A group of experienced freelance lawyers?  Moms?  Who actually do substantive legal work?

My career hasn’t gone quite as I planned, that’s for sure.  But I’ve learned that plans need to adjust, as circumstances change, as needs change, as people change.  I may not be a partner at a law firm right now, but I have an amazing husband (who has lost some of that Long Island accent), two amazing boys that kiss me every morning, and a life I never could have imagined.  Sometimes reality turns out better than you could have ever planned for.

I never could have foreseen that I would join Montage and be the lead attorney for the DC area, but I thank my lucky stars for the opportunity.  I am grateful.  I am inspired.  I am excited.

I’ve got big plans for us here. 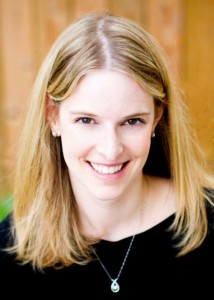 Shannon Forchheimer graduated from the University of Pennsylvania Law School in 2005, where she served as a Senior Editor of the Journal of Constitutional Law.  Upon graduation, Shannon joined the New York office of Skadden Arps as an associate in the Litigation Department, where she represented clients in complex commercial litigations and government investigations involving RICO, federal securities laws, ERISA, and breach of contract.  In 2007, Shannon relocated to Washington, DC, and joined the law firm of Dickstein Shapiro, where she continued to focus her practice on complex litigation, and represented government contractors suing the Government for breach of contract and CERCLA violations.

After the birth of her second son, Shannon left law firm life.  While at home full-time with her young sons, Forchheimer started a popular blog, “But I Do Have A Law Degree,” which was voted one of the “Top 5 Lawyer Mom Blogs” by FindLaw’s Legal Blog, Greedy Associates.

In 2012, Shannon joined Montage Legal Group as its Lead Attorney for Washington DC, Maryland and Virginia.  Shannon lives in Washington DC with her husband and two sons.