Meet Jessica Coffin! Jessica graduated from USC Law in 2008.  She began her career in litigation at Snell & Wilmer in Orange County, focusing primarily on product liability.  From there, Jessica embarked on the nomadic life of a military spouse and was unsure of how to maintain her legal career.  Since marrying her husband, a Navy JAG, Jessica has lived in Guam, California, Rhode Island, Hawaii, and back to Rhode Island where she currently lives with her husband and two young children.  As a freelance attorney, Jessica is able to maintain her career while moving regularly with her family. 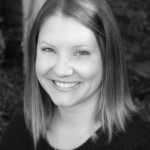 I honestly do not know if I would have a legal career if it wasn’t for Montage.  I am able to be with and support my husband as he supports our country, but I’m also able to work wherever the Navy sends us.  Freelancing with Montage for the past 7 years has provided me with flexibility, opportunities, fulfillment, and balance that I did not know was possible.

If you would like to work with Jessica please email us at [email protected]. 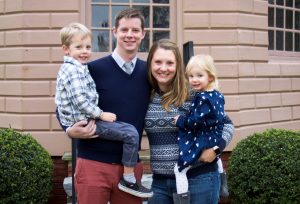 In 2014, Jessica was quoted in a Forbes article, “How Two Stay-at-Home Moms are Changing the Legal Industry,” and has been able to continue to practice law after moving to various states:

Jessica Coffin, a graduate from the University of Southern California Law School, was an associate at Snell and Wilmer in Orange County, Calif., before she became a freelance attorney with Montage in 2012.  Coffin says she could not imagine a better way to practice law.  “We are doing real substantive work for an hourly rate that is usually in line with our training and practice, “ says Coffin.

She reached out to Montage as a path to help her continue practicing law and follow her husband, who is in the U.S. Navy Judge Advocate General’s  (JAG) Corps. “We also have a five-month old son, so I feel extra fortunate that I can work from home while taking care of him,” says Coffin.” Other attorneys like Coffin who are mothers, fathers, military spouses or just looking for an alternative mode of practicing law now have the chance to work for law firms with flexibility through Montage, according to Coffin.

Jessica joined Montage Legal Group in 2012, and continues to practice law as a freelance attorney in Rhode Island.