Home Blog Uncategorized Lindley Fraley’s Story: How Cancer, Infertility and Parenthood Led to a Happy Life as a Freelance Lawyer 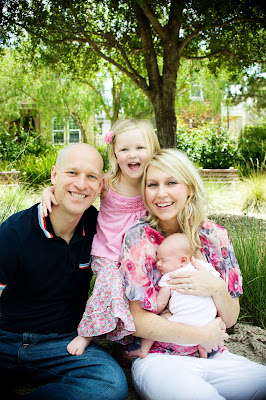 Montage freelance attorney, Lindley Fraley, was recently interviewed by Blooming Betty as part of their Profiles of Success series.  Lindley’s amazing and inspirational story sheds light on just one of the reasons why attorneys opt out of the traditional firm model.

The minute I heard Lindley Fraley’s voice, I knew I had found the perfect choice for this month’s Profile of Success. I was connected with Lindley after my post on Professional Networks and the example of Montage Legal Group, based in Southern California. After chatting with the co-founders, they suggested Lindley, for her choices, her attitude, her ability and what I came to find out, her incredible and contagious level of optimism. Not only is she a great inspiration for women who are trying to find pave their own path to success but she clearly shows the power of optimism and positive thinking that I have spoken about in my recent posts and last week on Caroline Casey.

Lindley is a lawyer, 35, married, with two young children. Like many lawyers we all know, she kind of backed into law after getting an undergraduate degree in public policy and planning at the University of Southern California. After graduating, she quickly realized that there weren’t too many jobs in this field without a masters degree. She did some thinking and law school seemed like a good option. Fast forward, she completed the LSAT, got admission to Berkley, finished with a law degree, a job at a prestigious law firm, Latham and Watkins, hefty student loans and having met the man she would later marry. Productive! She admits that it was hard not to be lured to the high starting salaries and perks at these firms, especially when you have loans to pay back. And so she began her career.

However, quickly she learned that there was a reason for the high salary. While the people were nice, she had a hard time dealing with the crazy hours, crazy pressure, and crazy lifestyle. The only saving grace was that her partner was there too! But after two years she realized that she was more comfortable in a smaller firm with a better lifestyle and so she left began practicing employment litigation at Payne and Fears.

But then came kids. Lindley knew from the beginning that she wanted to continue working but wanted more flex time, didn’t want a full-time nanny for her child and wanted to reduce her hours. This was new at Payne and Fears, so Lindley was charged with coming up with a proposal and presenting it to senior management for approval. However, before that happened, her daughter decided to arrive 6 weeks early. So as she delivered, frantically on her blackberry trying to tie up loose ends with clients, she waited for approval of her new role. (Her daughter spent 2 weeks in the NICU and was thankfully fine, and she got the flex-time so needed.)

Good? Yes. But not for long, 6 months to be exact. Her husband, Steve, who had always suffered from sleep apnea and night terrors, after a series of tests, was diagnosed with brain cancer. Everything stopped.   Click here to read more.

Blooming Betty is an excellent resource to help professional women meet “the female challenge: balancing the call of the marketplace, the home and the self.” Blooming Betty helps “navigate the road to a richer life by uncovering, endorsing and supporting a personal definition of success.”  Blooming Betty advocates that “climbing the traditional ladder of success just doesn’t work for most women!  Betty research shows that true success is individual, personal, relational, and dynamic. True success is tied to who we are; the people in our lives who matter to us; and our unique situations.”

Lori Miller Pike, a founder of Blooming Betty and a seasoned marketer from NYC, who met her Toronto husband on a bike trip in Utah, reestablished herself in Toronto and soon became mother to a pair of twins, recognized that such questions dogged the many women in her life daily. There were too many smart and wonderful women walking around feeling completely unsuccessful! Lori firmly believes that every woman should feel successful if she is living life according to her own definition of success.