Montage freelance lawyer, Bridget Gramme, is the Administrative Director of the Center for Public Interest Law and Adjunct Professor at USD School of Law, and an attorney member of the State Bar of California’s Task Force on Access Through Innovation of Legal Services (ATILS). Bridget is speaking on a panel at an OCBA Town Hall meeting on Wednesday, September 18th to discuss the ATILS task force’s proposed recommendations regarding regulatory changes to the practice of law.

To learn more about the possible regulatory changes under consideration by the Task Force on Access Through Innovation of Legal Services and/or to submit a public comment, click here. Deadline for submitting public comment is September 23, 2019. The Task Force will prepare a final report to be submitted to the State Bar of California Board no later than December 31, 2019.

Space is limited – RSVP today! You may also participate and interact by live streaming on Facebook Live at http://www.ocbar.org/livestream. 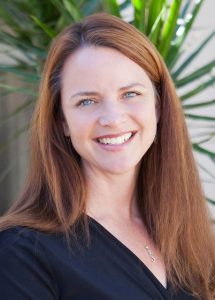 Bridget focuses on her legal practice on complex business litigation including employment, antitrust and consumer matters.  Bridget has in-depth experience at all stages of litigation, from researching and drafting complaints through jury trial and appeal in both state and federal court.

Bridget then clerked for the Honorable Cathy Ann Bencivengo during Judget Bencivengo’s tenure as a Magistrate Judge, as well as a District Judge.  She researched and drafted dispositions on a range of matters, including the Fair Debt Collection Practice Act, the Religious Freedom and Restoration Act, constitutional law, intellectual property, antitrust, and multiple employment claims.

Upon completion of her clerkship, Bridget joined Paul, Plevin, Sullivan, & Connaughton, as an associate where she counseled and represented employers in employment discrimination and wage and hour matters.  There, she took and defended numerous depositions, drafted and argued dispositive motions, and handled class certification and settlement procedures.

Bridget is currently an Administrative Director for the Center for Public Interest Law at the University of San Diego School of Law.  There, she supervises law students in their monitoring of California’s occupational licensing agencies and drafting of articles for the California Regulatory Law Reporter, of which she is the co-editor.  She is a member of the USD Law Alumni Board, and a College Coach for Nativity Prep Academy in San Diego.

Bridget lives in San Diego with her husband and two daughters. She joined Montage Legal Group in 2014, and continues to practice law as a freelance attorney.