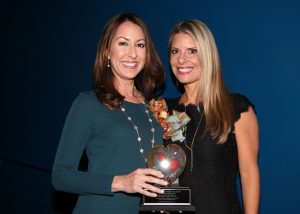 Montage Legal Group, and it’s co-owners/founders, Laurie Rowen and Erin Giglia, are honored to be named a 2017 Association of Fundraising Professionals National Philanthropy Day Outstanding Small Business. National Philanthropy Day is an event that publicly recognizes donors, volunteers, and organizations whose gifts of time, expertise and resources contribute significantly to the community.

Montage was honored in the “Outstanding Small Business” category at the 32nd annual National Philanthropy Day Orange County Awards luncheon on Thursday, November 16, 2017 at the City National Grove of Anaheim. Over 800 guests attended the event, which was sponsored by the OCBJ, PBS So Cal, and OC Register.

A video interviewing WHW’s CEO and employees was played at the event to introduce Laurie and Erin.

Since its launch in 2009, Montage’s co-owners/founders, Erin Giglia and Laurie Rowen, have actively supported the Orange County community, contributing both financially and through volunteerism to various organizations such as Girl Scouts of Orange County, Irvine Public School Foundation, Red Hill Lutheran School, and Families Forward, and currently hold board positions with the OCBA Charitable Fund, University of San Diego School of Law, and WHW.

In 2011, Montage founded a legal community clothing drive to support WHW, a non-profit that provides the underemployed and unemployed the skills and resources they need to get and keep a good job.  The 7th annual “2017 Suits for a Cause” clothing drive, which was sponsored by the OCBA and numerous law firms, engaged over 60 law firms to hold clothing drives of professional suits and accessories, which supported hundreds of job seekers.  Trina Fleming, Chief Operating Officer at WHW, states:

“Montage consistently participates in WHW’s mission of empowering the unemployed and underemployed to get and keep good jobs by playing an active role in WHW’s leadership and governance, supporting WHW’s fundraising events, acting as ambassadors in the community and with hands on volunteering to directly support WHW’s job seekers.” 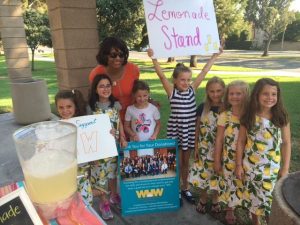 In 2016, Montage owners and their children founded OC Kids Giving Back, a children’s philanthropy group designed to spread awareness and raise funds for local non-profits through events, videos and blog posts.  OC Kids Giving Back, along with the support of The KFK Group, launched chapters in Los Angeles and San Diego, and raised a combined $15,000 in funds and donations during its first year for Thomas House Family Shelter, Operation Gratitude, Souls4Soles, Baby2Baby, Goods+, Irvine Animal Care Center, Pacific Marine Mammal Center, Together We Rise and WHW.

In addition to their philanthropic efforts, Montage’s owners have been recognized for their dedication to advancing women in the law, including OC Metro Magazine’s 2011’s “Top 40 under 40,” feature stories in the ABA Journal and Forbes.com, NAWBO-OC’s 2012 Entrepreneur to Watch, USD School of Law’s 2012 Rising Star Recent Alumni Award, and 2014 Enterprising Women of the Year.

Montage is grateful to be honored for their philanthropic efforts in the community, and congratulates the honorees in the other categories: 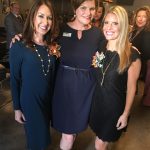 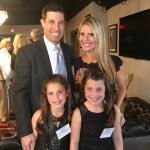 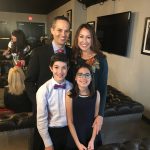 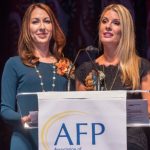 To read more about National Philanthropy Day in the media, see:

Montage thanks the Association of Fundraising Professionals for this wonderful honor!