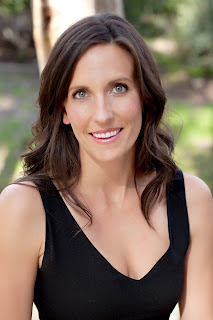 The Lawyers Club of San Diego featured Montage Legal’s Samantha Everett in an article about flex-time and balance.   Samantha, a mother of twin 2 year old daughters and a 4 year old daughter, tried part-time arrangements at small, medium and large law firms in San Diego before becoming a freelance lawyer earlier this year.  The excerpt from the article is below.   Thanks to Samantha and Lawyers Club for a great article on this important topic!
Small, Medium and Large Firms Offering Flextime

I have worked for three different firms, and each provided part- or flex-time arrangements. At Cooley, LLP, I had a formal part-time schedule, ranging from 80% to 60% of full time hours. Because Cooley is a very high-tech firm, there really was no face-time requirement – the amount of face-time I had to put in depended largely on the particular partner for whom I was working. I then went to Stokes Roberts & Wagner, ALC, a labor and employment boutique, where I was able to negotiate a formal “flex-time” arrangement. I was billing full time hours, but was not expected in the office on Tuesdays and Thursdays.  I then joined Wilson Turner Kosmo, LLP, where I had another formal “flex-time” arrangement. There, I billed full time hours and was in the office each weekday, but was able to leave every day at 4 pm.

Each of these various part- and flex-time schedules had positives and negatives. When I was “part-time” with flexible face-time, I was able to carve out time during working hours for family obligations, dentist and doctor appointments, and sick days, grocery shopping or a workout. However, this did not mean that each day, or each week, was shorter than a full time work schedule. I would have very intense, high billing months, followed by very light months. Because I usually didn’t know which months would be which, it was difficult to manage the nanny, my husband, guests, etc., who never knew what to expect. When I was spending entire days at home, I felt like I was very present in my kids’ lives, although I spent much of those days running errands and trying to catch up at home. At work, I found it very difficult to manage with that type of schedule – when you are away from the office for an entire day, work, and voicemail, tends to pile up. Also, I found that I would miss out on those “drive-by” projects that so often lead to good work and/or an “in” with a partner you’ve been trying to work for, and I think your absence is felt by partners and full-time associates.
Leaving the office early each day was much easier to manage for me at work. I found that there isn’t usually much difference between returning a phone call at 5 p.m. vs. 8:30 a.m., and I felt like I was part of the team because I was present for impromptu lunches and meetings. However, this schedule required a high level of organization and it was difficult to schedule anything personal during the day, despite WTK’s parent-friendly culture. At home, I would find myself trying to remember which Federal Rule applied to my argument instead of where the pink cards were in Memory.  At work, my mouse frequently wandered to parenting blogs instead of Google Scholar.
After having three kids in two years, I found it impossible to have the life I want with any of the flex time schedules available to me. I decide to leave law firm life behind for a few years and now I have the ultimate flex-time arrangement: freelance. I joined Montage Legal Group, a network of highly qualified freelance attorneys in Southern California.  I am able to do meaningful, interesting work for a variety of attorneys on my own time and my own schedule. I most frequently work after my kids are asleep (they are four and two, so they have early bedtimes), and on the rare occasion when I have to be present in person, I am able to make childcare arrangements.
Law firms get the benefit of my experience without having to pay an associate’s salary and benefits, and I get to be home with my kids during these early years while staying active in the bar.
Samantha Everett
Samantha M. Everett obtained her Juris Doctor from the University of San Diego School of Law in 2004, cum laude, Order of the Coif, where she graduated in the top 5% of her class and was an editor of the San Diego Law Review. She received her undergraduate degree from San Diego State University, graduating cum laude with distinction in English Literature.
Samantha began her legal career in 2004 at Cooley LLP (formerly Cooley Godward Kronish LLP), where she was a member of the litigation group. Samantha left Cooley in 2010 to practice employment litigation with the employment boutiques Stokes Roberts and Wagner ALC and Wilson Turner Kosmo, LLP.
Samantha is experienced in all aspects of complex civil litigation in a variety of substantive areas, including employment, intellectual property, securities, general commercial litigation, and white-collar criminal defense. She has done extensive motion work including dispositive and evidentiary motions and has had a substantial level of experience in both large and small cases including taking and defending depositions, court appearances and oral argument, conducting employee interviews, other evidence gathering and preparation, preparing witnesses for deposition and trial, managing e-discovery, managing large-scale litigation, and serving as local counsel in San Diego and the Southern District of California.
Samantha joined Montage Legal Group in January 2011 and is currently doing freelance work for law firms in Southern California.  Samantha also serves on the Leadership Development Committees of both the Association of Business Trial Lawyers – San Diego and the Lawyers Club of San Diego.  Her monthly Lawyers Club News article “Leadership Opportunities” seeks to assist women lawyers to obtain leadership positions on local government and nonprofit boards and commissions.