As popularity for the freelance/contract attorney model grows, the media continues to compare and contrast different business models.  Montage Legal Group was lucky to be profiled again in a recent article by Cathy Reisenwitz called “Need a Freelance Lawyer? 3 Online Contract Lawyer Marketplaces Compared.”  In this article, Montage was compared to two other contract attorney business models, and Montage’s co-owner Laurie Rowen was quoted as explaining why Montage keeps its network smaller than many other companies:

Another reason they keep the number of lawyers small is that it makes it possible for them to know the freelance attorneys in their network personally. “When law firms come to Montage, they know that we will suggest freelancers based on personal knowledge, not computer algorithms,” Rowen wrote. “Our system works – over 90% of our law firm clients are repeat customers.”

Montage’s network is also unique because its freelance lawyers set their own rates on a per project basis:

“Montage freelance lawyers set their own rates on a per project basis, which are sometimes based on how busy they are at a particular moment or how much they desire a particular project. For example, the same employment lawyer might accept a witness interview project for $100/hr because she happens to love witness interviews, a doc review project for $85/hr because she happens to be slow at that moment, and then requests $150/hr to handle an extremely complicated memo on labor/union issues.”

We are always grateful when Montage Legal Group is highlighted in the press, and are honored to be featured in this article with two other great contract attorney companies.  To read the full article, please click here. 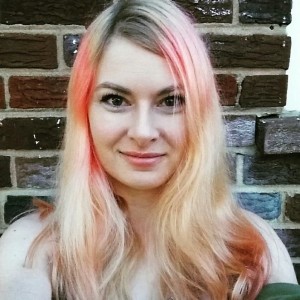 Cathy Reisenwitz
Cathy Reisenwitz helps B2B software companies with their sales and marketing at Capterra. Her writing has appeared in The Week, Forbes, the Chicago Tribune, The Daily Beast, VICE Motherboard, Reason magazine, Talking Points Memo and other publications. She has been quoted by the New York Times Magazine and has been a columnist at Bitcoin Magazine. Her media appearances include Fox News and Al Jazeera America. If you’re a B2B software company looking for more exposure, email Cathy at [email protected]