The ABA Journal posted an article last week with a title that instantly grabbed my attention – Why Lawyers Should Work No More than 40 Hours a Week. The article stems from the recent writing of Margaret Heffernan, a CEO of five businesses, who asserts that working more than 40 hours per week results in poor quality work and that the professional service industry should focus more on preserving the minds of its workers. In my 13+ years experience in BigLaw, I felt the degradation in the quality of my own billable hours during the 9pm-6am timeframe, but I worked with many whose legal minds seemed just as sharp in the 250th-299th billable hours of their month as the first hour. As is frequently the case these days in our online news world, there’s perhaps a more interesting story in the comments that people have posted to this article than the article itself. One week later, there are over 100 comments. Granted, some are from the same people bantering back and forth, but the article clearly grabbed the attention of quite a few readers.

The majority of the commentators seem to agree with the premise that lawyers are overworked and acknowledge the reality that most lawyers, especially those in BigLaw, are unlikely to heed the advice of Heffernan and others to spend more time sharpening the saw. They disagree, however, on the motivation underlying the 60-80+ hour workweeks. Some attribute it to greed, and while that may seem like a harsh word to those who are working long hours and still struggling to make ends meet, most of us are choosing the golden handcuffs, even if we try to convince ourselves otherwise. Others claim they work long hours because they enjoy their practice areas and would prefer to work 75 hours per week doing what they enjoy instead of 20 hours per week doing something they loathe. Kudos to those of you in that boat, but in light of the high rates of depression, substance abuse and suicide amongst lawyers, I think we can safely say that you are a very small minority. Many pointed to the financial basis of most law firms as the cause for the inhumane hours, and given that this foundation is proving itself to being increasingly less viable, their comments were also a segue to some possible solutions.

While some proposed making the third year of law school a “residency” or following the lead of the French, most seem to agree that the key lies in overhauling the financial structure of law firms and moving toward alternative billing arrangements. Debbie Epstein Henry, founder of Flex Time Lawyers LLC, has spent the last ten years advising law firms and others on work/life balance, the retention and promotion of women, and new models of legal practice. She has written numerous articles and spoken many times on these topics with unparalleled wisdom, insight and pragmatism. In mid-October, Ms. Henry will be releasing her first book, entitled LAW & REORDER: Legal Industry Solutions for Work/Life Balance, Retention, Promotion & Restructure (American Bar Association, 2010). Stay tuned to our blog for more on this book when it’s released!

Those attorneys who routinely bill 60+ hours per week might even go so far as to argue that no lawyer should work less than 40 hours per week unless one is content with professional mediocrity. A shorter work week in theory allows one to put on more hats more easily (team mom, soccer coach, church volunteer), and there is always a risk of overextending ourselves such that we can’t do proper justice to all of our roles, but if the volume of work per attorney is appropriately reduced, those attorneys can still excel in their practice of law.

Law is a demanding master at times, but when attorneys are routinely billing more than 40 hours per week, something in their lives is usually paying the price – health, marriages and families being the usual victims. I have known a few attorneys who bill 2000+ hours/year and seem to have all other axles in their lives rolling fairly smoothly, but I’ve not yet figured out their secrets. Fortunately, more and more clients are valuing those attorneys who are more well-rounded and involved with their communities and families and, dare we say, hobbies? (That’s a mighty unfamiliar word to most of us who spent our formative lawyer years in BigLaw). It’s not easy for anyone to give up some of the luxuries that come with the big incomes, but I’ll bet that most of our spouses and children would prefer more time with us.

Alternative billing arrangements and new models of legal practice are being, and will continue to be, embraced by some firms and legal communities more quickly and strongly than others. One approach to reducing the workload on already overworked attorneys that is feasible now – for most firms and solos alike – is retaining experienced freelance or contract attorneys to assist with the overflow of work. Montage Legal Group has many such attorneys with years of BigLaw experience who were each fortunate to have had the economic choice to leave those positions in the pursuit of challenging and rewarding legal work that usually consumes less than 40 hours per week. 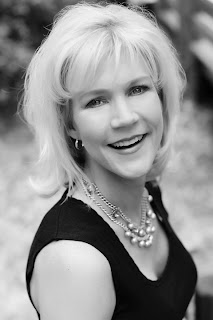 Amy Leinen Guldner joined Montage Legal Group in January, 2010 after practicing for over thirteen years at Morgan Lewis & Bockius LLP and Snell & Wilmer LLP.  In addition to her legal work and caring for her two young children, Amy is a volunteer Court-Appointed Special Advocate with CASA of Orange County, mentoring and advocating in court on behalf of abused and neglected children. She also volunteers with the Constitutional Rights Foundation’s High School Mock Trial tournament.