Home Blog freelance attorney Have You Ever Wanted To Be A Law Professor?

Joanna Sax, a professor at California Western School of Law and a Montage Legal Group freelance lawyer, recently published an article in the May issue of the Riverside Lawyer Magazine titled “The Transition to Law Teaching.”  Joanna details her life in a PhD program for Cell and Molecular Biology at the University of Pennsylvania’s School of Medicine, her transition to law school and to her position as an associate at a large law firm, and how she eventually became an Associate Professor of Law.  Joanna’s story provides insightful advice for lawyers who may want to make a career change, but do not want to leave the legal field.  Joanna states: “To become a law professor requires careful career planning.  Law professors have three main areas of work – teaching, scholarship and service.  I think that applicants should seek opportunities to demonstrate potential in all three areas.”

To read the full article, please visit The Transition to Law Teaching in the Riverside Lawyer (May, 2014) at p. 24-25. 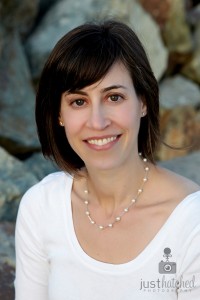 Joanna Sax earned a JD and PhD from the University of Pennsylvania.  During law school, Joanna served as a judicial extern for the Honorable Susan Illston in the Northern District of California.

After law school, Joanna joined the litigation practice at Morgan, Lewis & Bockius as a commercial litigator.  After a few years at Morgan Lewis, Joanna joined the faculty at California Western School of Law in San Diego, CA.  In 2013, Joanna was granted tenure.

Through her experiences as a trained scientist (her PhD is in Cell and Molecular Biology), commercial litigator and professor of law (she teaches Contracts and Trusts & Estates), Joanna has a number of areas of expertise, including contract, torts, intellectual property and estate planning.

Joanna joined Montage Legal Group in 2014 to allow her to continue to practice law as a complement to her position as a tenured professor.  Joanna handles high-level complex litigation projects, and is admitted to practice in California.