I’m happy to announce that Laurie Rowen has been elected to the 2018 Board of Directors of Orange County Women Lawyers Association (OCWLA).  The OCWLA is dedicated to advancing women in the legal procession by providing a professional network, raising awareness of discrimination and bias, and supporting charitable organizations.  The 2018 Board was sworn in on December 12th at the OCWLA Holiday party.

The next OCWLA special event is their Mardi Gras party in February, and details will follow.  OCWLA has an annual membership of $75.  To find out about OCWLA’s future events, please visit the OCWLA website or like/follow the OCWLA Facebook page.

Montage Legal Group is excited to support OCWLA and its mission to advance women! 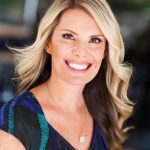 Montage Legal Group has been discussed and highlighted in articles in Forbes.com, ABA Journal, The Huffington Post, Above the Law, and The Atlantic among other publications, and featured in Freelance Law: Lawyers’ Network Helps These Women Keep a Hand in the Workforce (ABA Journal, 2011) and How Two Stay-at-Home Moms Are Changing the Legal Industry, (Forbes.com, 2014).  Montage’s unique business model has been discussed in various books, including Life After Law (2013), Overwhelmed (2015) and Lawyer Interrupted (2016).

In 2011, Laurie was named one of OC Metro Magazine’s 2011 Top 40 under 40.  In 2012, the National Association of Women Business Owners-OC named Laurie Rowen as their 2012 Entrepreneur to Watchduring their Remarkable Women Awards Event, and Laurie was also selected as USD School of Law’s 2012 Rising Star Recent Alumni Award recipient.  In 2014, Laurie and Erin Giglia were honored to be selected by Enterprising Women Magazine as 2014 Enterprising Women of the Year Winners.

Laurie currently serves on the Board of Directors of Orange County Women Lawyers Association (OCWLA) and is Chair of the Advisory Board of  WHW..